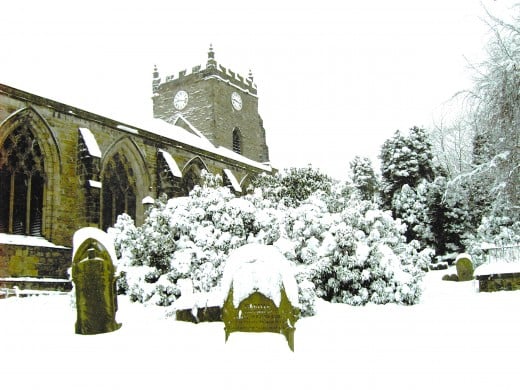 If ever a tree was steeped in tradition and folklore it is the yew tree whose historical roots pre-date Christianity. There are over 500 church yards in the U.K. where the tree is recorded, some of which are amazingly old. One such example often quoted when ancient yews are mentioned is at Fortinghall village church in Perthshire Scotland.

Records reveal that in 1769 the tree was already hollow and this hollow was large enough to let the congregation to pass through it. However, today it is only a fraction of its former self. Why the fascination with the yew in church yards? Some are though to have been there before the churches were actually built, thus being associated with Pagan burial grounds.

Indeed before the structures of stone were constructed the trees themselves acted as the church, people would gather beneath the mighty boughs. Yews were revered because they had the ability to regenerate themselves and there are records of almost lifeless trees rejuvenating themselves, and begin sprouting again and putting on new growth, later this phenomena was associated with the resurrection.

It was once a widespread occurrence to have a body buried along with sprays of yew which would abide with the deceased to aid them to pass over into the other world. Trees that grow as old as yew trees do {some are thought to be over 3,000 years old} and having the bonus of being evergreen could not possibly evade the folklore, religious connections and immortality.

Some of these trees have felt the blast of a thousand winters. The yew seems indifferent to winter , nor does it give the impression that it looks forward to summer treating them both with the same indifference. The tree has a presence which is mysterious and somewhat awesome when the tree matures, then the trunks are often sculptured by nature into weird and wonderful shapes.

The trees are coniferous but it has broken with tradition of such trees by having foliage whose "needles" are broad and flat rather than linear and sharp. The conventional cones associated with coniferous trees such as pine and larch are not encountered on this species for the yew produces berry like fruits known as arils which are extremely modified cones.

The traditional shaped cones of the conifer pine. 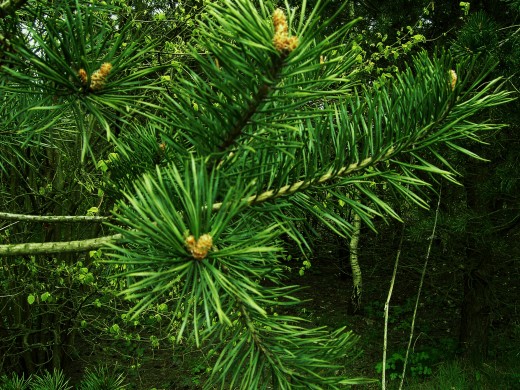 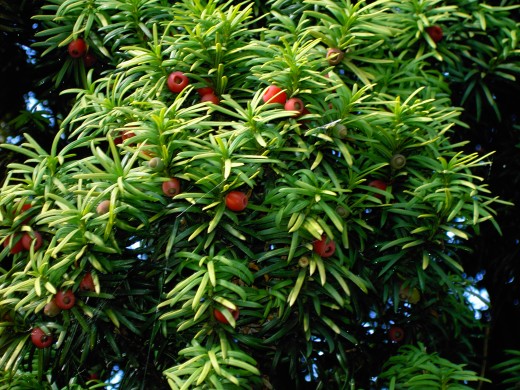 The modified cones of the Yew tree are known as arils. Dal. dalswildlifesite.com

Basic biology of the Yew tree.

The trunk of the yew is of a reddish-brown colour with frequently peeling bark associated with mature trees. As previously stated the trunks are often sculptured by nature into some fantastic shapes. they are capable of attaining the height of 20M but half this size is more the norm in the U.K..

The seedlings of the yew are extremely shade tolerant and thrive where other species could not. The produces tiny flower clusters that botanists term as strobili, are either male or female the sexes being borne on different trees, making them what botanist term as dioecious,{ from two Greek words di-indicating two and oikia house or dwelling}, referring to the fact that two trees are needed for pollination to occur, one with female flowers and one with male.

The female flowers are but a simple bud, green, tiny, and difficult to locate without the aid of a magnifying glass. Male flowers are simple structures comprising of anthers and little else, and grow beneath the shoots. During spring pollen from the male flowers produce a pale yellow "cloud" which is carried by the wind to the receptive female flowers. Once pollination has occurred  the female flowers are succeeded by small conspicuous fruits {the modified cones} known as arils { from the Latin arillis from Medieval Latin arilli-raisins Pips of grapes} that contain a single very poisonous seed enclosed within the somewhat fleshy red coloured skin. The fruit is open at the top to expose the green seed. The species name of baccata means berry like and is an apt description of the arils produced.

The foliage consists of broad, flattened "needles", dark green, up to 4cm long ending with a pointed tip. They have two pale bands below, they are mainly spread out in two rows on either side of the shoot.

Two thousand trees are recorded by the TREE REGISTER OF THE BRITISH ISLES, 32 of them are classed as CHAMPION trees native to Britain and Ireland. below is a sample of those listed as Champion trees that tenant church yards and other prominent land marks.

Yews are more numerous in the southern counties of England becoming scarcer as you move north with the exception of those planted in church yards. They are especially numerous on the chalk downs of southern England, and in particular, is one of note the ancient yew woodland of Kingsley Vale in west Sussex .

The leaves are composed of  broad and flat, needle-like structures. 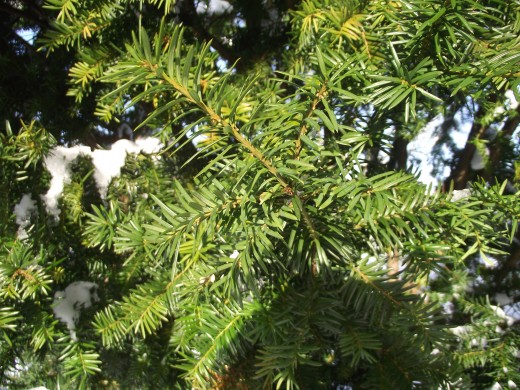 Yew and the Longbow.

In Medieval times the wood of the yew tree was utilised for making the longbow the most deadly distance weapon of its time. The English longbow was produced from yew although other trees such as the ash tree and elm tree were also used when yew was not available. They were traditionally made by drying the wood of the yew for two years or so then gradually shaping the wood. The whole complex process could take four years. The strings were made from hemp or flax.

Much of our historical knowledge concerning the longbow comes from the well preserved bows that were recovered from the wreck of the "Mary Rose" which sank in Portsmouth in1545. One hundred and thirty seven of these excellent  samples were recovered.

English longbows were often made from the wood of the Yew tree.

Longbows were important weapons of their time. 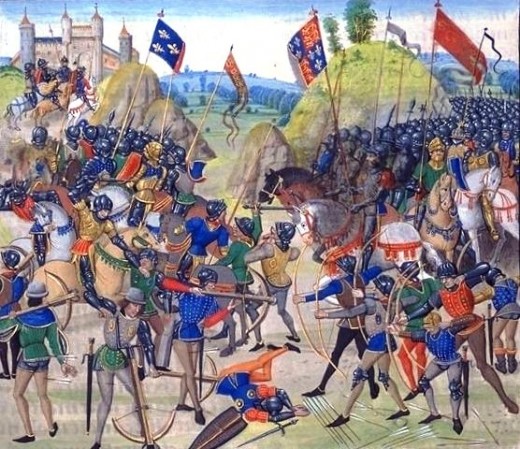 Be aware of the Yew it is poisonous.

The yew has been used in medicinal preparations for centuries but these are better left to the knowledge and wisdom of the professional herbalists, for all parts of the yew are poisonous with the exception of the fleshy part of the red aril. However, the single seed nestling within are deadly poisonous to many grazing animals and of course to humans. They passed through the digestive tract of many birds in tact, seemingly without any detriment to the bird. This is an important method of seed dispersal for the tree.

Some of the yews alive in England today were alive and well when Jesus walked in the Holy land. I find this to be an amazing fact and puts the 80-100 years of individual human existence into perspective. It is a sad fact  that many yew trees have been lost through our ignorance. Many were felled when they became hollow mistakenly thought to have been in distress. However, yew trees can survive happily for hundreds of years in this condition.

I believe this wonderful tree  needs to be treated with a great deal of reverence and respect for they have been here much longer than us and will still be alive and well when most of us will have been forgotten.   " Yew tree-I Honour thee"