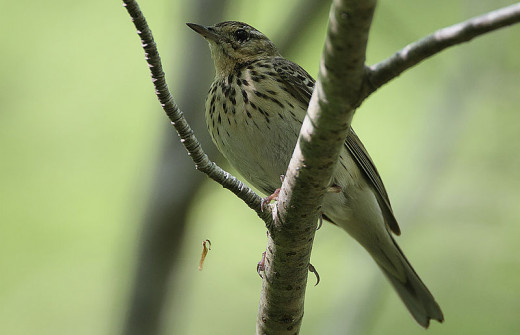 The tree pipit, Anthus trivialis, belongs to the Passeriformes { perching bird} and the family Motacillidae. The generic name derives from The Greek a small bird described by Aristotle. The specific name of trivalis derives from Latin and indicates common.

The Gaelic name for the bird is Riabhag Choille, The Welsh Corhedydd y Coed and the Irish Riabhog Choille. { Above information courtesy of the BTO}

Here we review this charming little species, its lifestyle and breeding habits. As always we commence with a description of the subject under review. 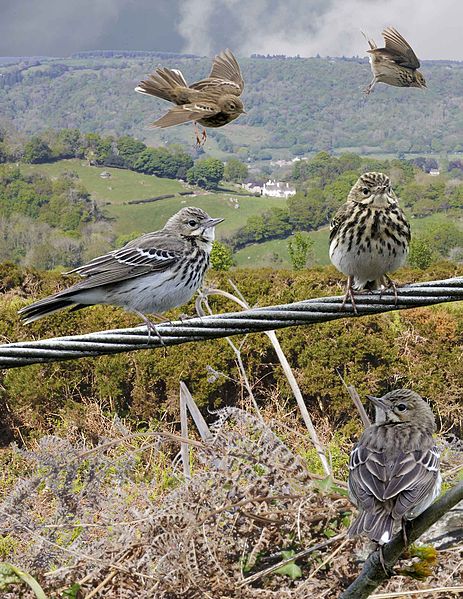 The Tree pipit is a small , streaky species very like a meadow pipit and the rock pipit, but more confident in appearance and more sleak. There is a strong pale stripe over the eye.There are blackish streaks on the chest, pale plain yellowish flanks, buff yellowish under side. The upper parts are much browner in summer , with dark spots across the wings. The tail is blackish with white sides. Pale pinkish legs with short claws.

The length of the bird is about six and a half inches . The bill is dark and at the base of the lower mandible and the edges of the upper one is yellowish or pinkish brown. A streak of brown passes backwards and downwards from the base of the bill, which is furnished with a few bristly feathers. the iris is of a deep brown and has a long whitish mark immediately above it. The top of the head and the back of the neck are olive brown, chin and throat pale brownish white, or brownish yellow in autumn.

There are numerous small brown spots on the front of the breast which become streaks of a darker colour on the sides. the wings reach to within an inch and a quarter of the tip of the tail,and are darkish brown edged with greyish white,there are two distinct bars of this colour across the wings. the tail is rather long and brownish with the outer feathers marked with white. The legs and toes are pale ,they have short claws, the hind claw is shorter than the toe, and strongly curved.

The female except that she is somewhat smaller generally resembles the male, however, in the field they are almost impossible to tell apart. many regard these birds as being handsomer in autumn than in spring. During the early part of the year the plumage tends to be much lighter and the markings less distinct, this is noticeable during the incubation/rearing period when their feathers have a worn and ragged appearance.

In the past there seems to have been some confusion between this species and the woodlark which is a very distinct species. Butler, 1896, states " I am satisfied, that in many parts of England, the tree pipit is confounded with the woodlark, though more particularly by people born and bred in the countryside, the most difficult of all to convince of their errors."

Tree pipit on the wing. 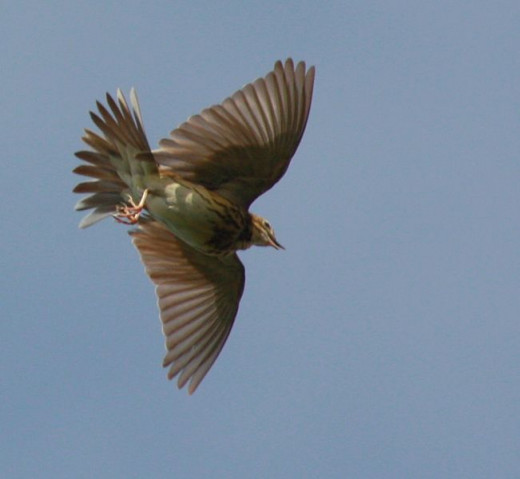 This is a very pretty, graceful little bird, not very striking as regards the plumage, but, uncommonly neat in its appearance. The feathers lie smoothly over one an other, and imparting a slim look to the bird that is noticeable even to the casual observer.

The bird is entirely migratory in its habits ,arriving in the UK generally about the middle of April and staying with us until September or October. the males arrive first about a week or so before the females. Their habits are solitary and retiring, they never appear in flocks,unlike many others of the same order. Even when several are in a field they keep well apart from each other at a tolerable distance.

The tree pipit, as its common name suggests is partial to foliage and may be found almost anywhere in the southern counties where copses,plantations and wooded districts are plentiful,but they may also be encountered in scrub and grassland heath. A pond or stream is also an added attraction to this sprightly little bird, as it is partial to a bath, but does not seem to dust itself so frequently as the skylark.

" Know a bank where the wild thyme blows,

Where oxslips and the nodding violet grows"

The action of this {and all the pipits} is very much like that of the Wagtails,as they run on the ground,their tails springing up and down in the same manner. Insects and larvae, particularly gnats and flies, worms and caterpillars are the mainstay of their diet. Their movements when in search of food are lively and very graceful. Spiders and centipedes are also taken along with some seeds.

The notes of this bird are sweet and pleasing. While engaged in song the bird will commence on some branch of a tree,it will make a short ascent into the air, hovers with widely spread wings and tail, while it pours out its happy little song, and then descends again with open wings to its starting point, to renew the flight and song after a short pause.Occasionally this action is repeated many times in succession. During the flight the legs dangle. 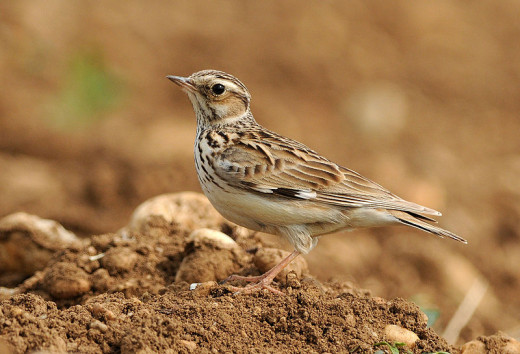 The tree pipit was regarded as a very interesting bird in confinement;its graceful carriage and thrush-like appearance made an unfading source of admiration.

According to Butler {1896}, the birds in aviaries eat their fair share of canary seed," Whether the tree pipit is as combative in confinement as his relative the titlark, I do not know, because I have no personal experience of the present species as an aviary pet; but from what I know of the meadow pipit, I should recommend that only one example be admitted into a mixed aviary, otherwise I suspect that there would be a war to the death "

When seeking a location for the nest the tree pipit selects a tuft of grass, or some low herbage,under which it builds its nest, and most commonly prefers the additional shelter of a plantation or copse. It finds various places to nest,however, the nest is always on the ground.

The nest is composed of a simple, rough, open cup of hay ,roots dried grass and the stalks of coarse moss, with a finer quality of the same materials often horse hairs for the lining. When visiting the nest the parent birds often land in cover some distance from the nest and runs through the grass to it.

Four to five eggs is the usual number that form the set and different batches vary in appearance. They differ in the number of streaks, spotting,marbling of various shades of brown that cover the ground colour which may be tinged with pink or grey white of varying intensity. The spots may vary in size,number,abundance and location. it has been remarked that perhaps the eggs of no other land bird afford such variable markings in their appearance.

The eggs are incubated for 13 days or so, the task is undertaken, in the main, by the female. She sits very close and leaves the nest with considerable reluctance. At this time the male rarely wanders far from the nest and coveys food for his sitting mate.

The nestlings are fed a nutritious diet and they fledge in a further 13-14 days.The trr pipit often falls victim to the cuckoo who lays her eggs in the nest of this species. If conditions allow the birds will raise two broods. The young birds at first have a bill of a paler colour than the adults, the breast is more yellow. The spots on the front of the neck narrower, the back more tinged with green and the dark markings darker, the margins a light greenish yellow. The legs toes and claws of the young birds are a very light brown colour. 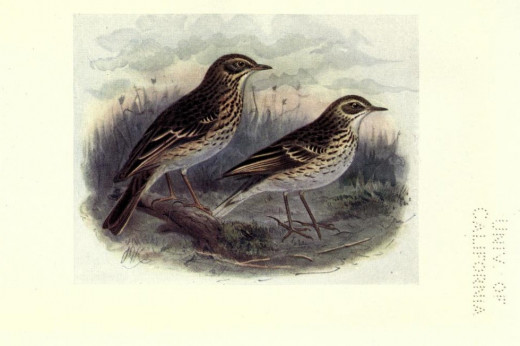 UK- Red list priority species due to declines in population/distribution of over 50% in the last forty years or so.