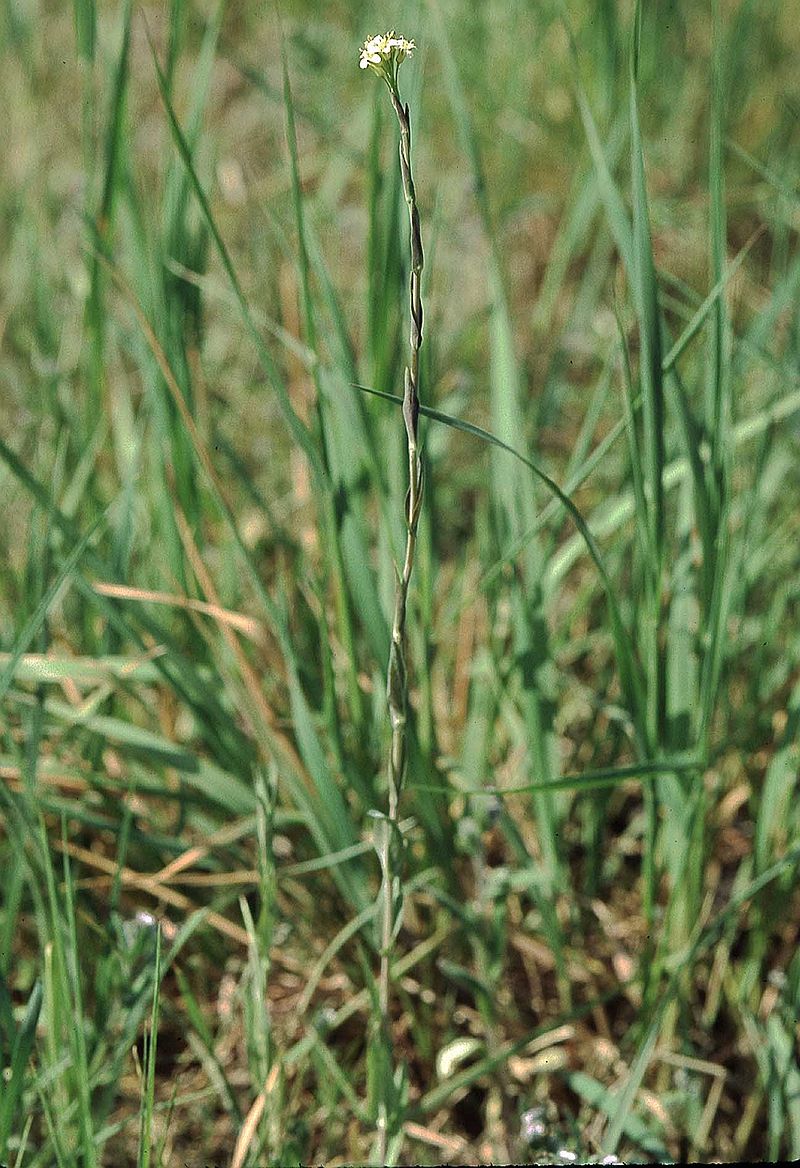 In this series we review the plant species that appear on the UK Red list of conservation concern in the UK. Criteria for inclusion on the list, is that the species is in a decline of 50% or more  in population numbers/distribution since 1975. Here we review the species Arabis glabra- the Tower Mustard. This species is also referred to as the Tower Rockcress in some parts of Europe.It is a tall grey - green slim plant with small cream white flowers at the top of the stem. It is a species that usually occurs on poor chalky or sandy soils in open situations. It is native to Europe, Asia and north Africa. It is also widespread in North America where it is also probably native. It can be found in many other parts of the world as an introduction.

It is classed as an endangered species in the UK  and considered to be at risk of extinction. Only 35 sites are recorded by Plantlife, mostly in Norfolk. {where a hundred plants were found at a new site in 1999}. It also includes six sites at Kiddiminster in Worcestershire.

This plant can attain the height of a metre tall. it is a grey green plant which produces creamy coloured flowers  {often with a green tint } at the top of the stem which has hairs on the lower half but is smooth towards the top. The leaves are formed in a basal rosette these leaves are lobed and covered in tiny hairs. The stem leaves are clasping and have no hairs.

The flowers are biennial flowering from May -July. In the first year the plants exist as a basal rosette with the flowering stems being formed in the following spring.

It usually grows on poor chalky or sandy soils in open situations. 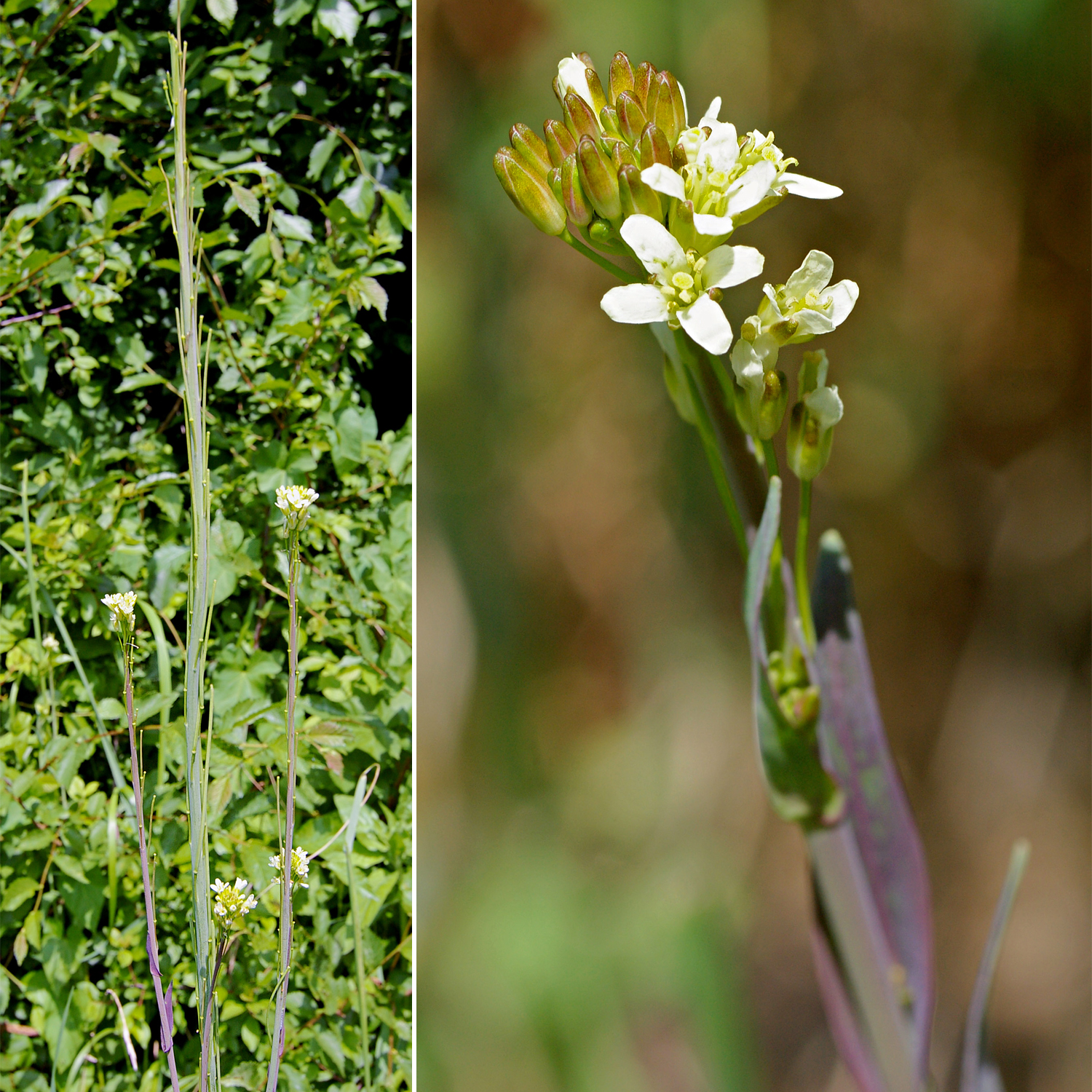 Because this species is listed as being endangered in the UK it falls under the umbrella of the UK Biodiversity Plan. Being on the Red List of conservation concern the species has had an Action plan formulated and is currently being implemented  on the species behalf.

In the UK this plant is only found in England. Although they have had some introductions in the North West of England and the Midlands the SAP, suggests these should be ignored for the purposes of The Biodiversity Action Plan.

The SAP, has actions identified by experts. These include  --

1/-Ensure that small populations generally confined to roadsides and tracksides, are well maintained and encourage expansion onto adjacent land through management agreements and Agri-environment schemes

The priority habitat for this species is Acid Grassland and lowland dry Acid grassland.

A species is listed as being endangered but not critically endangered when it is facing a risk of extinction in the near future unless conservation work is carried out on the species behalf.

Several sites have reported an increase in population following management. Further conservation work has taken place in Worcestershire ,Gloucstershire and Surrey via species and habitat management.

The images on this page can be reused but only if the author as been attributed to the relevant image and the relevant license is stated.

Flora via Links click on the Links banner. scroll down to relevant box. Click this is a direct link to the article{s}. Includes the series ' Past and Present Medicinal Uses'