The Lathraea is a genus of about seven species that are native to temeperate  Europe and Asia. They are parasitic plants that live on the roots of other plants and trees.  Here we review the Common Toothwort Lathraea sqaurmaria  a plant that grows on the roots of trees especially elm and hazel.

The whole plant is cream or pale pink. Because it lacks chlorophyle there are no green parts whatsoever.  It is a parasitic plant that attaches itself to the roots of trees. The upright unbranched stems are covered with two rows of flowers. The broad whitish or ivory coloured bracts below each flower are thought to look like teeth which give the plant its common name. The flowers are two-lipped and tinged with pink, the flowers are borne on one side of the stem.

The plant has an almost ghostly appearance attaining the height of 20-25 cm {eight to ten inches}The style protrudes from the flowers. The flowers are then pollinated, in the main,  by bees

They may be found in, the UK, in  shady woods and hedgerows with the exception of Northern Scotland.

This plant spends much of its life underground, where it produces a network of underground rhizomes  each covered with four rows of fleshy scale-like leaves. Each leave is equiped with a central chamber known as lacuna, which is lined with domed -shaped glands. The lacunae helps the plant to get rid of excess water. This plant lacks the tiny spores on the leaves that usually perform this function.

Because the plant spends much of its life underground it may well be more common than one thinks. The Fruits {seed capsules}  have two valves which split and allow the numerous small seeds to escape when they are ripe. 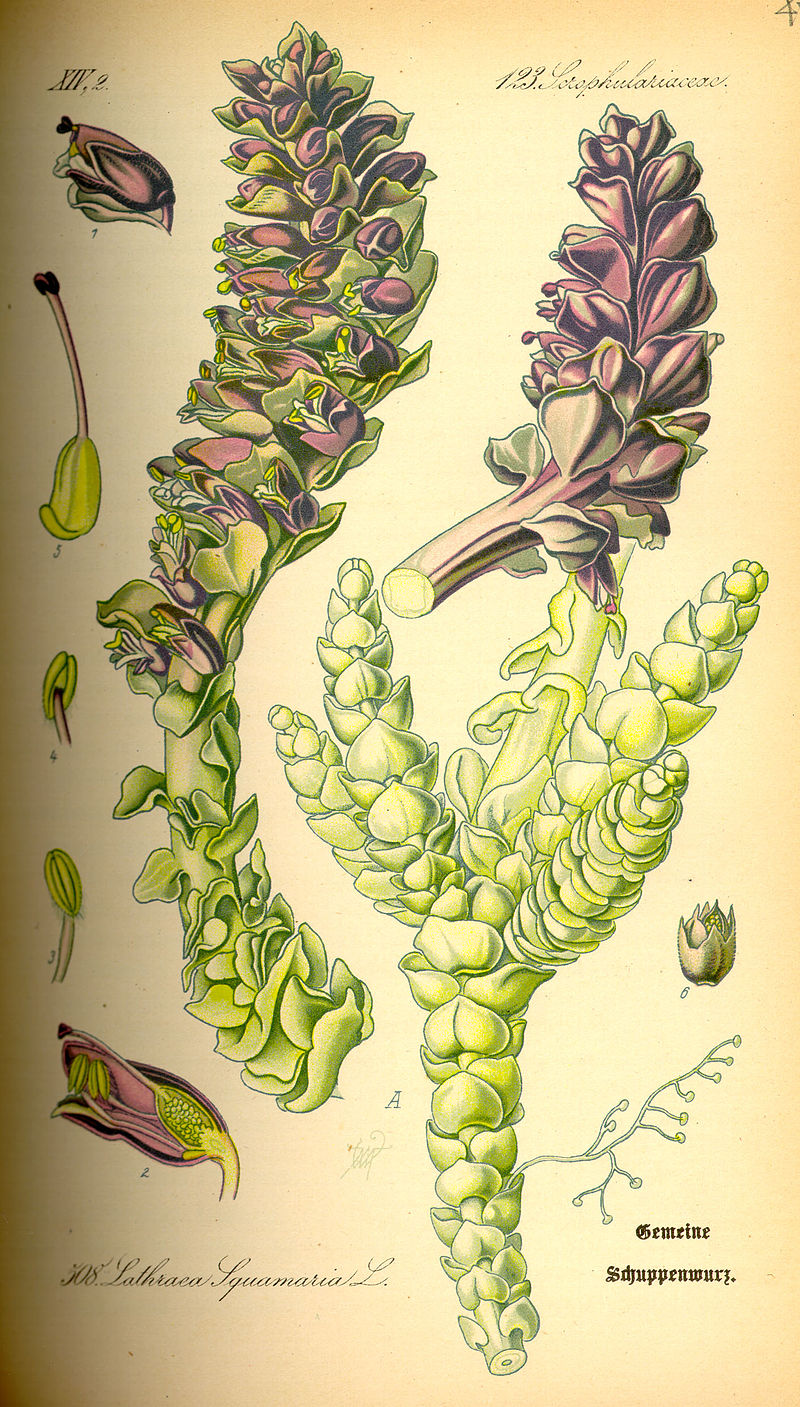 Although used as an ornamental in the garden , it is not as popular as the Purple woundwort {see below} for this purpose.

Purple toothwort. Lathraea clandestina is the species used as an ornamental garden plant.

The images on this page may be reused,however, the name of the relevant author must be attributed along with any accompanying license.