This is a member of the Family of plants known as the Apiaceae {formerly the Umbelliferae} within the order of plants known as the Apiales. There are many common herbs in this family such as Parsley, Wild Carrot,  Angelica, Fennel, it also contains many poisonous species such as Hemlock, Hemlock water dropwort, and Fool's Parsley { all of which feature on this site click on the relevant content banner and scroll down to view }.

Sweet Cicely, is given the genus name of Myrrhis  from a Greek word myrrhis { an aromatic oil for Asia} and the species name of odorata, meaning scented.  If the leaves are bruised they give of a scent very much like that of aniseed.

The foliage is like that of many other species in this family.

This species is a hardy perennial with a thick root and very aromatic foliage. The leaves are very large and somewhat downy beneath . The first shoots consist of an almost triangular ,lacy leaf , with a simple wing curving up from each side of its root. The leaves are finely divided and almost fern-like in appearance. It attains the height of between two and five feet, and it produces a bushy plant. The white flowers, like all other members of this family are borne in umbels which form heads about 5 cm { two inches} wide.

The flowers are white and consist of five petals , those on the outside being uneven. These are followed by the fruits {seed capsules} which are long and narrow, ridged, and held upright. The fruits also taste and smell like aniseed.

They may be encountered in semi-shade in damp meadows woodland margins and pastures. Along river banks and along roadsides in mountainous areas. They flower from May to July. 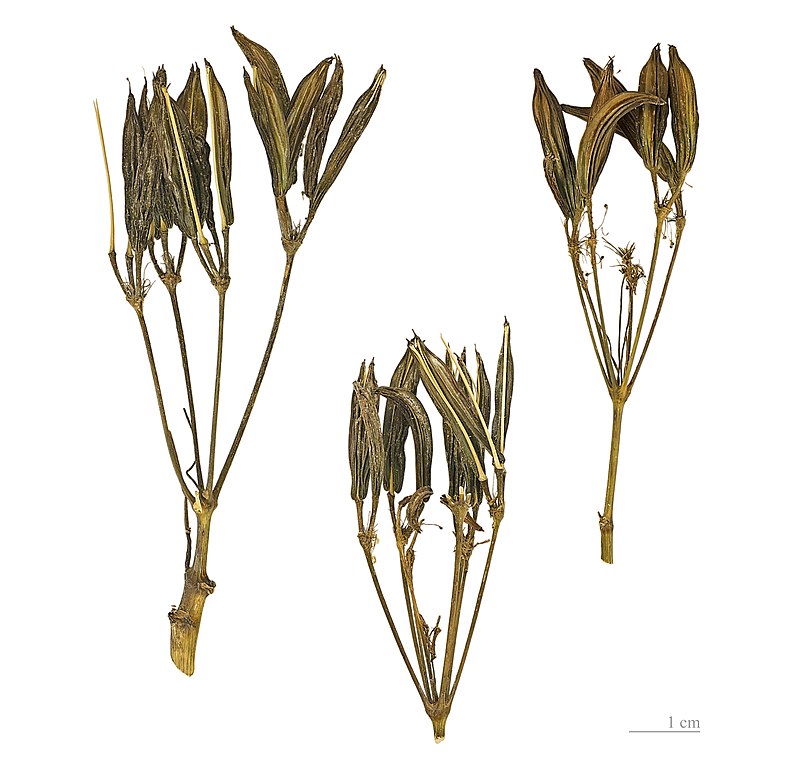 In the north of England where the plant is relatively common, the seeds were used to polish and scent wooden floors and other furniture. they were first crushed and made into a paste.

The roots were at onetime considered to be, not only excellent in salads, but when boiled and eaten with vinegar , they are good -" for old people, that are dull and without courage, it rejoiceth and comforteth the heart and increases their lust and strength."

A decoction of the roots were used to treat bites inflicted by snakes and dogs.

Sweet cicely may be steamed and pureed with scallops.

It was once grown as a kitchen garden plant, especially grown by monks to make a liqueur and the seeds were crushed and used in spices. The whole plant was deemed edible and the roots were boiled and used as a vegetable. It was said to be good for the digestive system especially so when mixed with ginger and made into a tisane. 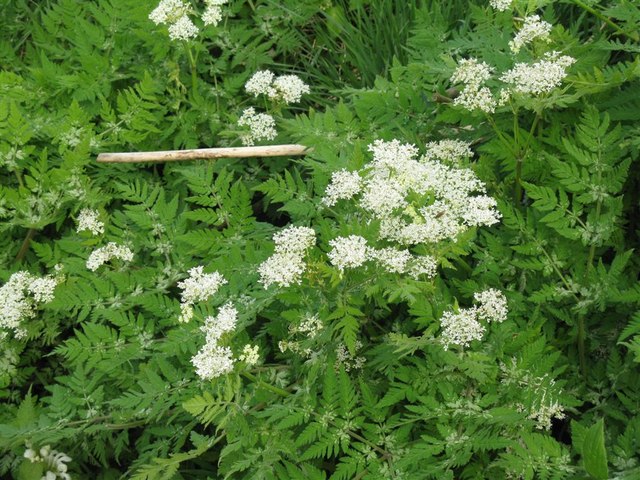 According to Mrs Grieve's, in her book the ' Modern Herbal ' 1937, the medicinal actions are as follows. It is aromatic, stomachic, carminative, and expectorant and very useful in coughs and flatulence. It is also a gentle stimulant for debilitating stomachs. " The fresh root may be eaten freely or used in an infusion with brandy or water. A valuable tonic for girls from 15-18 years old."

The root is said to contain antiseptic qualities and in the past, as previously mentioned , was used against the bites of snakes and dogs.

From an old herbal.