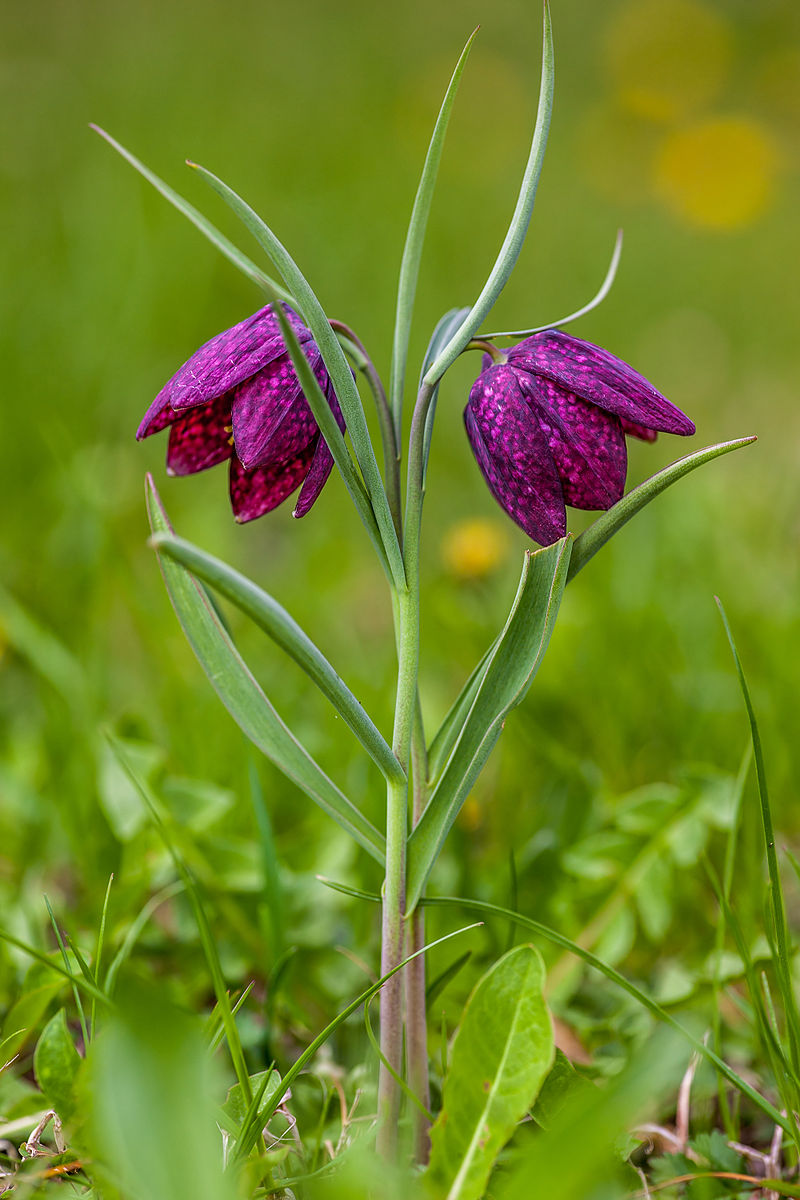 There is some dispute among botanist as to whether the Snake'shead fritillary is a native to Britain or not. The Herbalist John Gerhard, onlly mention it as a garden flower in the 16th century and it was not mentioned as a wild flower until 1736. However, has it is only found in Hay meadows and rarely spreads to nearby land, leads to the counter argument that it is a native plant.

It was once abundant in the UK, especially in the Thames Valley and parts of Wiltshire, but due to over collecting as cut flowers and the digging up of its bulbs it became much scarcer, in addition  hay meadows were ploughed up during the war so the land could be employed  for the production of much needed food. It can still be found in good numbers in places like Oxfordshire and Wiltshire but it is rarer elsewhere.

The name Fritillary derives from the Latin fritillus meaning a dice box, referring to the spotted patterning of the flower. meleagris means spotted like the Guineafowl. The common name of Snake's head probably alludes to the likeness of a snake's head of the nodding patterned flower, which are born on long stalks.

They belong to the Lily family Liliaceae within the plant order known as the Liliales. They are often grown in gardens as cultivars.

This plant has a solid bulb not larger than a good sized blackcurrant. From this bulb arises two or three long narrow leaves, on a stem that is about one foot high { 30 cm }. At the summit of the stem is borne a single nodding bloom of a dull red colour ,marked with a pattern of pink and dark purple , in a quaint square or blotch shape.

Although the flower is somewhat bell-shaped the petals only overlap and are not joined together in any way. The open flower nods, but when in bud or producing the seed capsule they are erect. In very mild seasons they may be encountered in March, however, the main flowering period is April and May.

It forms colonies in damp meadows , along riverside pastures and in gardens.

They have no medicinal value.  Indeed the bulb is poisonous and very distasteful. This despite historical records as a herb of healing. It should never be taken internally or be used in any home made herbal preparations. 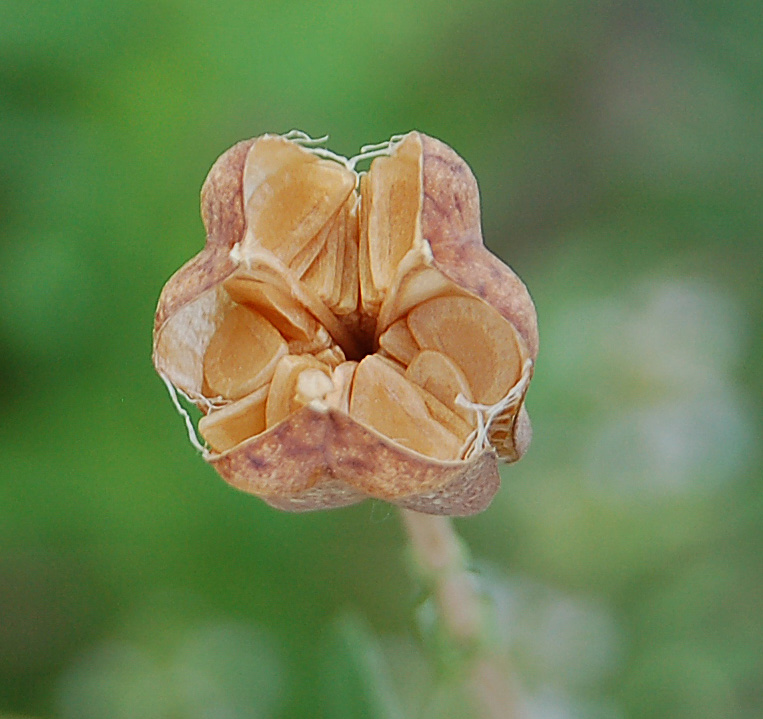 Snake's head in the garden.

You can purchase cultivars for the garden. They need to be placed in areas of damp turf. You can also plant the tiny bulbs in autumn adding more each year as required. Ask at the garden centre or your local nursery about plants and bulbs. Once established they are a delight to grow. When the leaves first come through they are somewhat prostrate and difficult to spot among the grass but they soon become erect in their familiar stance.