The foliage of the Flowering Ash tree,is graceful thanks to the way the leaf is composed of spacious leaflets. The leaflets are arranged opposite to each other along the leaf stem and terminated by a single leaflet.It is due to the symmetrical arrangement and the relatively small size of the individual leaflets which give the graceful,drooping pretty character to the ash leaf.

There are generally four or five or even six pairs of leaflets on the common stem of the ash leaf besides the single leaflet that terminates the leaf. Each leaflet is oblong is attached by a narrow point to the stem is then somewhat broadened and ends in an acute point.The margins are sharply toothed and the venation is very regular and symmetrical,a straight mid-vein giving origin to alternate, though sometimes opposite pairs of leaflets which branching ,from the parent vein,proceed from there to either the points of the teeth on the margins or to the wavy parts in between them.

The minute venules are very beautifully arranged and is well worthy of greater attention,though to see them properly a hand lens. The early loss of its foliage is one of the disadvantages of ash. it is on this account that Gilpin quoted " it falls under the displeasure of the picturesque eye". he also added " Its leaf is much tenderer than that of the oak,and sooner receives impressions from the winds and frosts.

" Instead of contributing its tint therefore, in the wane of the year,among the many coloured offspring of the woods,it shrinks from the blast drops its leaf, and, in each scene where it predominates leaves wide banks of desolate boughs amid foliage which is still fresh and verdant. Before its decay we sometimes see its leaf tinged with a fine yellow well contrasting with the neighbouring greens. But this is one of natures casual beauties. Much  oftener it decays with a muddy,unpleasing tint. And yet,notwithstanding, this early loss of foliage,we see the ash in a sheltered situation,when the rains have been abundant,and the season mild retain its green { alight pleasant green},when the oak and the elm in its neighbourhood have put on their autumn attire."

There is more in the casual beauty of ash than Gilpin appeared to think. Although it often decays with what,by comparison with its richer hues, may be described as an 'unpleasing tint',it not infrequently assumes a very  beautiful glow on the approach of the fall-a glow so bright it resembles sunlight on the leaves. Sometimes the autumnal hue of the ash takes on the form of a uniform brightness which pervades the entire leaf ,and, deepening leads to the final yellow that immediately precedes the fall.

At other times ,and this is most striking and beautiful appearance, a bright hue as from a ray of sunshine,falls upon the bases of two or three leaflets, bathing,so to speak with golden light the whole, or nearly the whole of them and extending, but with less intensity,and with a gradually diminishing area,upon the others the glow of light  finally, at the last leaflet affected,merging almost insensibly  into the normal green.

Occasionally a broad area of yellow is tinged at its margins with red,and orange spots,and flashes of dark purplish red are not infrequently spread along the margins,or all over the surface of the leaf. Even when the brown hue and not the yellow prevails, the approach of autumn tinting is always worthy of examination,for the discolouration advances in spots splashes,or bands which,before it has spread so as to colour the whole leaf,contrasts strikingly with the still existing green.

As with the oak and the elm all these hues and markings can be found on the same tree, often on the same branch, in the earlier parts of autumn. 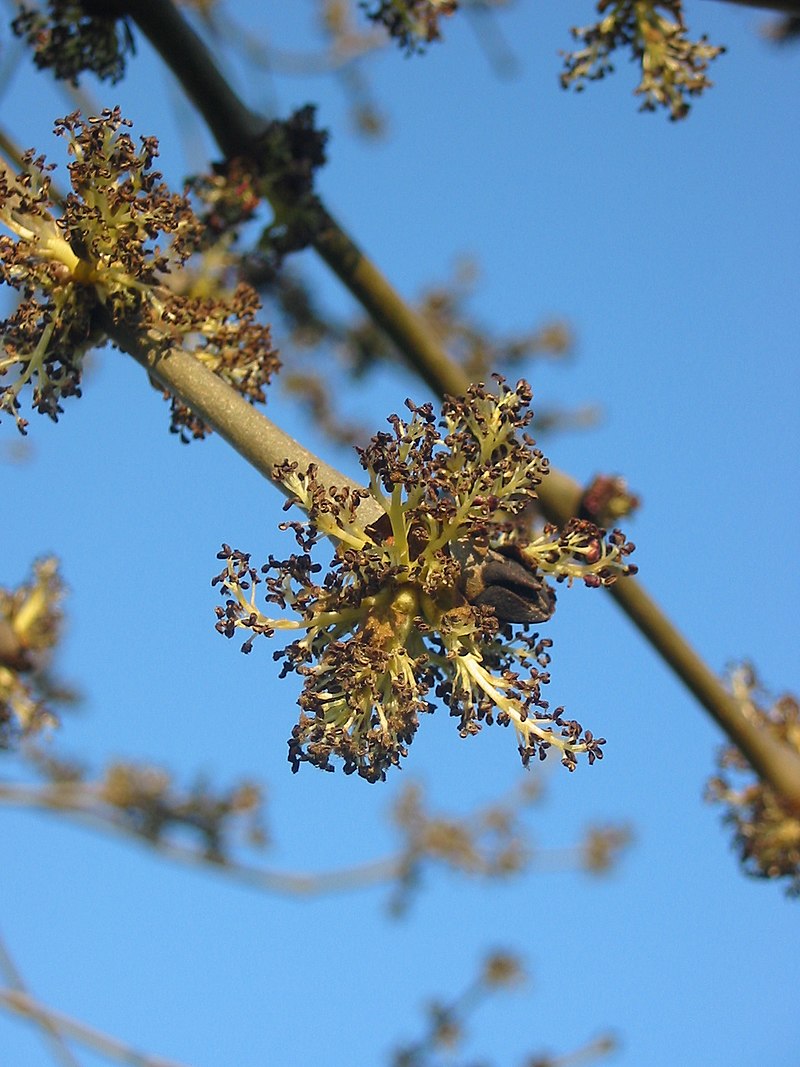