Recognizing trees by their foliage-2 Elms

Of all the broad-leaved trees that produce foliage the Elms are a group that warrants close observation and study. They are worthy of our attention because of the inequality of their leaf bases, which are much more strongly developed in some species than others.

The main vein which is a continuation of the very short stalk cannot in truth be describes as a mid-vein for it does not,as in the case of may others, divide the leaf up the middle. In fact it divides the blade into two unequal parts. the base of one side of the blade  continuing further along the side of the stalk than the other,smaller part.

The margins of the leaf are serrated {saw-toothed}  not only by one series of cuts but two. The smaller series of teeth running in between the larger ones. from the principle veins there runs from either side a series of other prominent veins in alternation with each other. These veins run straight to the teeth of the margins or branch just before them, one of the forks entering into the marginal tooth and the other entering the adjoining one.

It is interesting to observe how these forks branch. Sometimes they commence almost close to the principle vein,sometimes midway from that vein  and the leaf margin, and sometimes commencing close to the margin itself.

Held close to the light  the venation {network of veins} can be seen with great distinction but to see clearly the plethora of tiny veins which are also produced you will need the aid of a hand lens or magnifying glass.

Foliage of the English elm note the unequal bases

Courtesy of Ptelea who has released the image into the Public domain. 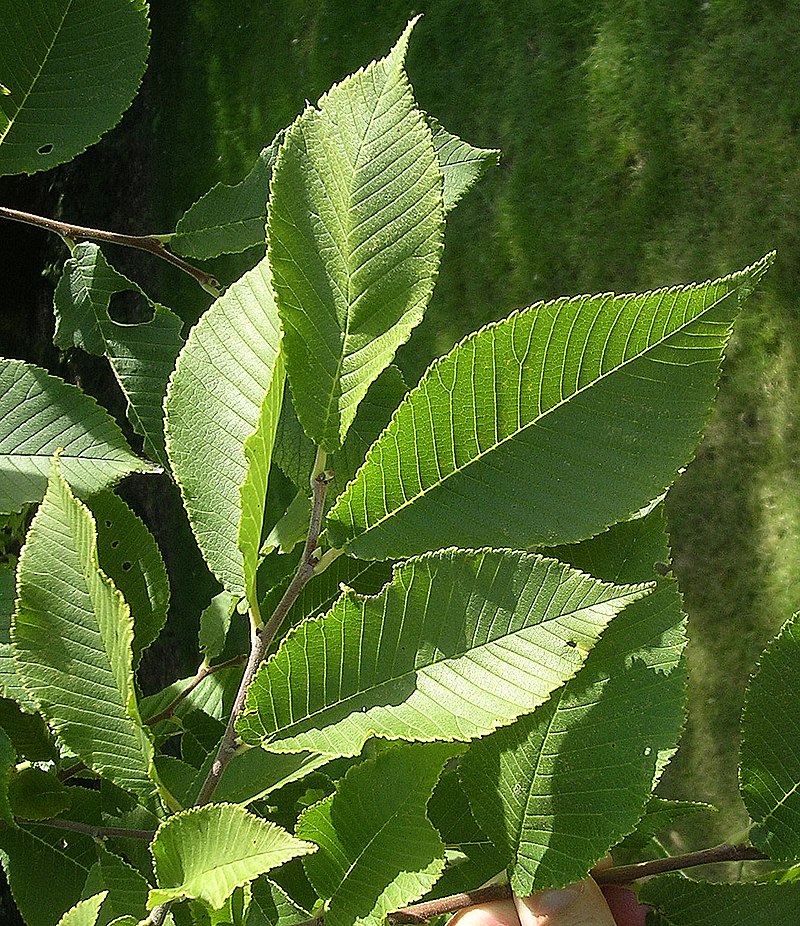 There are three distinct phases of colouration in the English Elm leaf, or small leaved elm of the fields and hedgerows. There is the light ,fresh green of spring,which gives way to the dark green almost sombre hue of summer and the yellow colouration of the autumn.

The autumn colours may be so bright  a yellow that it appears almost golden.They produce an amazing sight in the early season of change.

Autumn colours of the American Elm

When the mass of foliage is still retained by this tree which remain green  some may fall to the ground which are delightfully golden,down they float,gently and gracefully to the earth. Between the green and final yellow colouring of the Elm leaves there are many various and beautiful gradations.

This colouring usually begins at the margins of the blade,it will at times extend longitudinally in bands in the spaces of the parallel veins. In this case being indicated by their green line of tissue which serve to make the enclosed bands of yellow stand out. Occasionally the encroaching colour starts on one side of the leaf blade then diminishes gradually over the rest of the surface.

Other stages may be noticed showing the greater or lesser advance of the yellow as the green colouring is diminished.  the effect can be quite striking when one half of the leaf is golden yellow while the other retains the green of summer. Now and then there are three colours on the elm leaf,the ordinary green and yellow being varied by red, which may occur in just small spots or splashes  and at others in broader bands.

It is not uncommon to reach a twig within arms length contain more than a dozen variations from the uniform green or yellow which forms the extremes of colouring.

Components of the Elm. 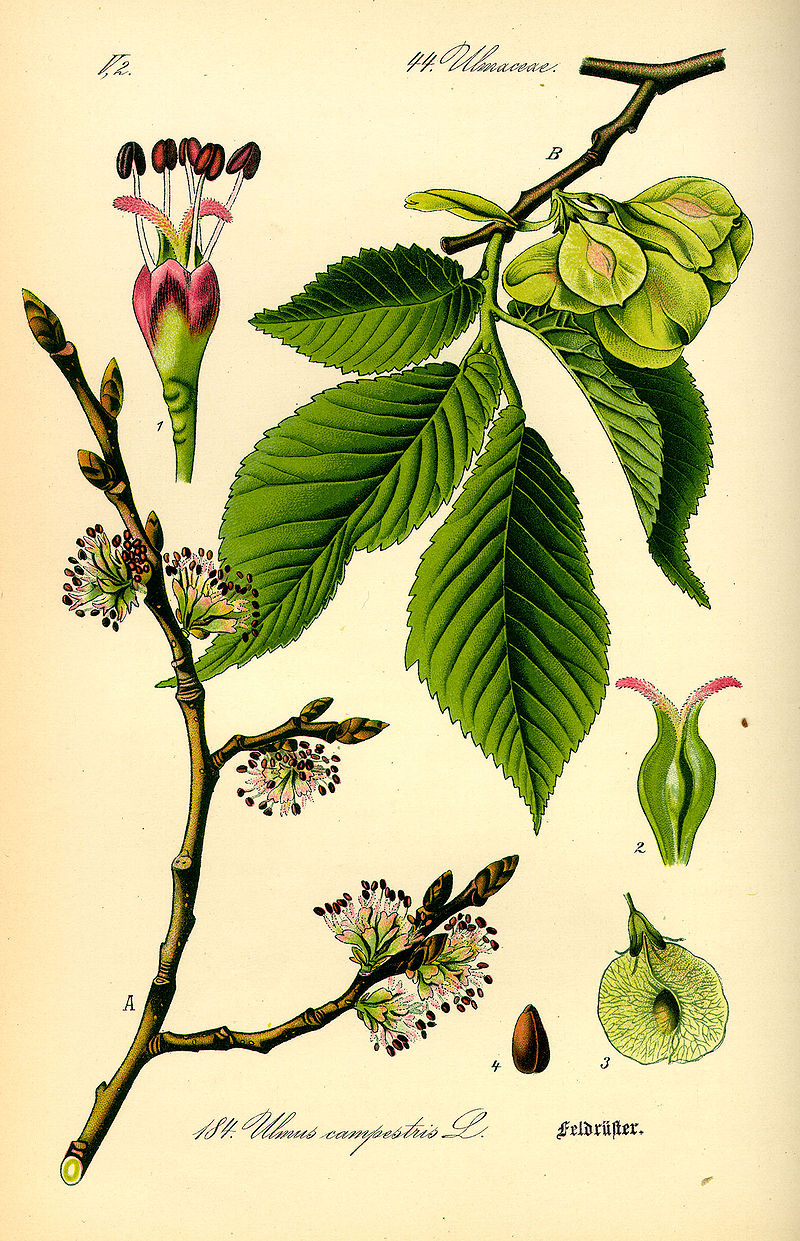