This plant belongs to the family Asteraceae {formerly Compositea}, of the Order of plants known as the Asterales. An alternative country name for the plant as Holy rope being named after the rope that with which the Saviour was bound.

It is placed in the genus Eupatorium and given the specific name of cannabinum because the foliage is similar to that of the Cannabis plant.

It is a very handsome plant which attains the height of 90-150 cm {up to five or six feet}. It is perennial and found on the banks of rivers, ditches, the base of cliffs, the seashore and in other damp places in most parts of Britain and throughout much of Europe.

Eupatorium contains about 42 species with our subject the only representative in Europe the rest being found in Asia or North America.

The rootstock of this plant is woody from which  rises the erect stems with short branches springing from the axils of the leaves which are placed on it in pairs. The stems tend to be reddish , covered by downy hair and woody below. They have a pleasant aromatic smell when cut. The basal leaves have long stalks but those on the stem have only short stalks.

The basal leaves are divided palmately into three, sometimes five lance-shaped leaflets. The upper leaves into three lobes. The middle lobe of the leaves being much larger than the others. In small plants the leaves are sometimes undivided. They are superficially similar to those of the Hemp plant from which the name is derived. 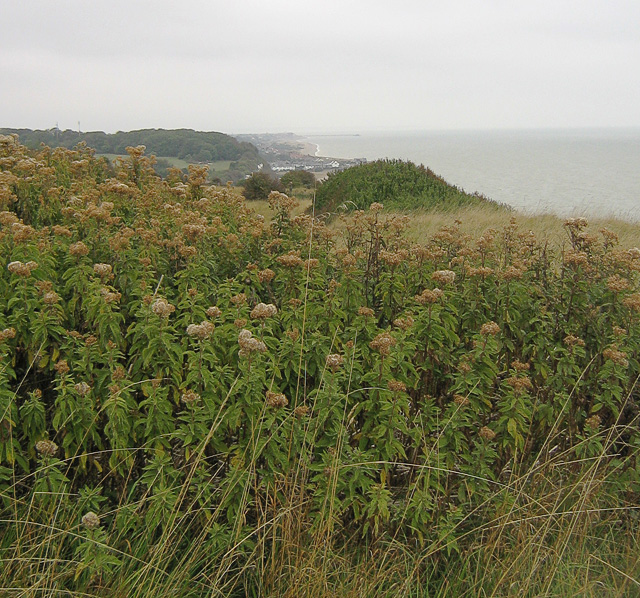 The flowers occur in late summer from July to September. The flower-heads are arranged in dense masses of a dull lilac colour, at the top of the stems or branches. Each individual flower that forms the head are  2.5 mm wide and consists of about five or six tiny florets. The stamens are protruding. Each tiny flower is cupped by crimson -tipped bracts. The flowers are rich in nectar and attract butterflies, bees and other insects.

Medicinal uses---Today it is little used but in the past it was employed by herbalists {usually in conjunction with other herbs.} in frequent small, well measured doses in water to treat the symptoms of flue, and similar fever-like symptoms. Some herbalists recommended a tea made from the dried leaves to treat flu.

Tournefort  in his Materia Medica ,1708, recommended the fresh gathered root, boiled in ale , purges briskly without producing any bad effects, and stated that in many it had cured dropsy.