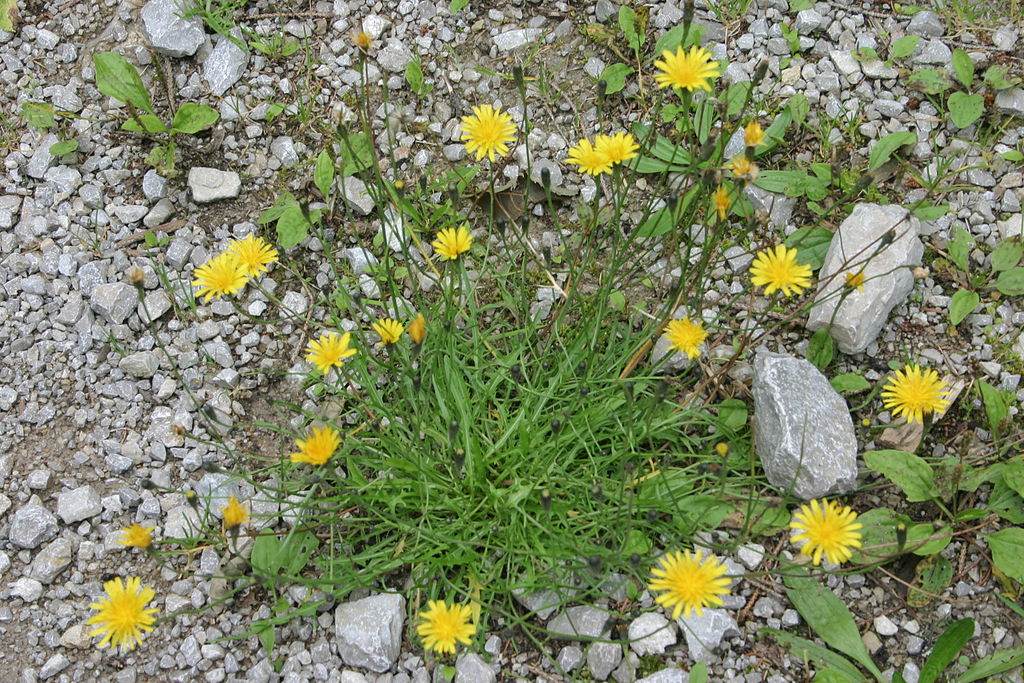 This is another species with dandelion-like flowers although they are smaller flowers than most species. It is a neat little plant which come into their own during late summer when other species have had their main flowering period.

It grows from five to forty cm tall {2-16 inches], but on average much nearer five than forty. They occur in grassy places, such as meadows,on roadsides,  short turf and pastures and in rocky places. 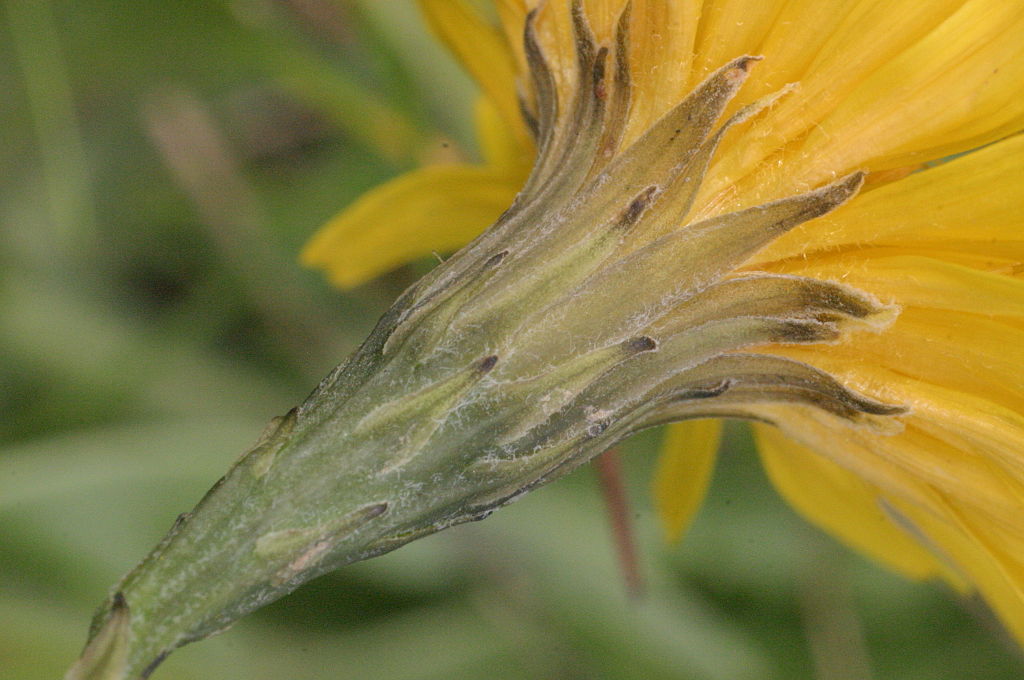 The flowerheads are two to three cm { one to one and a quarter inches} wide.The stems are slightly branched with a few tiny bracts and are topped by yellow ray florets which form the flowerhead. The rays are often tinged red on the under surface. They are succeeded by plumes which carry the seed on the wind in a parachute manner.

Basic components of the Autmn hawkbit.

Another dandelion-like plant with many branched flowering stems. It is a species with small flowerheads one to one and a half cm wide. The outer ray florets are tinged red beneath. Immediately below the ray florets are two rows of green bracts, one long, one short at the base.

The upper leaves clasp the stem. The lower ones are lobed at taper to a point. They form a basal rosette.

They are superficially similar to the Cat's-ear {see content banners above}. However, the latter has larger flowers and hairy leaves.

There are other species of Hawk's-beard  such as the Northern Hawk's-beard, Crepis mollis which is a much rarer plant confined to certain localities such as the Yorkshire Dales.

As we can see the hawkbit, Hawk weed, and hawk's-beard species are difficult to tell apart. However, there are small but significant differences in their detail. Only practice and observation of the flowers and foliage will enable those interested in the different species to tell them apart.

Also see Dandelion-like flowers in the content banners above to view the different species page. Click on the relevant content banner and scroll down to view.