Each river is different in form and in length, and each river is not but one habitat, but many. Often beginning as a babbling stream or several streams, before the river itself, meanders towards the sea or to run into a larger river on its way to the coast.

The river may well pass through fells, meadow land, pastures, woodland and a host of other locations. From the rushing waters of the streams and burns, that usually run down hill to form the river, the waters become much slower, and many crustaceans, shellfish and fish start to inhabit the waters.

At the many bends as the river meanders, the flow of water is faster around the outside, so the margins tend to have less vegetation and erosion tends to occur more quickly. On the inside of the bends, the water flows much slower, thus vegetation is nourished by the sediment which gathers there.  reeds rushes and other bank side vegetation begin to flourish and in return the roots of this vegetation stabilise the sediment.

Rivers in the north of England tend to run faster than the sluggish rivers in the south of the country. The wildlife associated with riparian habitat throughout the UK is diverse. As the water level falls, many aquatic insect larvae and nymphs begin their transformation into adulthood. On warm summer evenings dragonflies and damselflies take to the air to make breeding flights and to hunt for prey. Bats such as Daubenton's and Natterer's are also associated with rivers {and lakes}.

If the vegetation is suitable one of our rarest mammals the water vole may still be encountered; one of Britain's most popular animals. Another mammal of the rivers is the otter . Otters have started to make steady progress as far as their return to English rivers are concerned. Their numbers dropped away dramatically. One of the main causes of their decline was river pollution which occurred through a variety of causes. However, after concerted conservation efforts in conjunction with River Authorities, almost all rivers have regained their former glory, unpolluted and a viable eco-system, in which fauna and flora thrive once more, and the otter, one of our most adorable creatures, is once again recolonising their former haunts.

The otter is making a steady return to England's rivers. 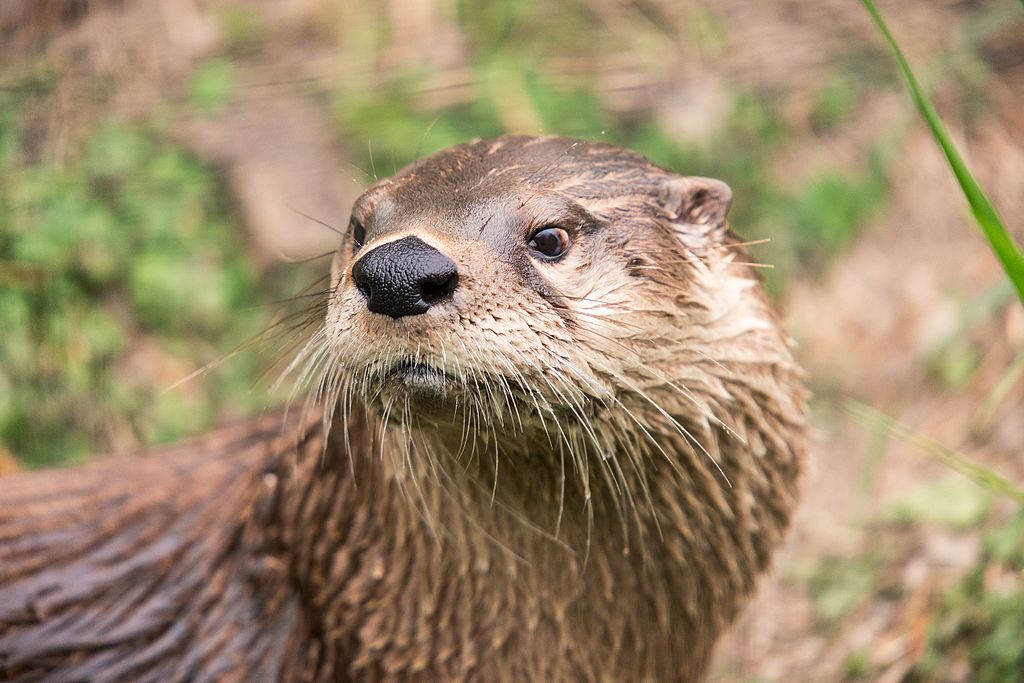 Along the river banks  Nodding bur marigold, Hemp agrimony, Teasel, Figwort, Angelica, Meadow -sweet along with many others may all be in evidence. Three invasive alien species also occur along riverbanks, the dangerous  Giant hogweed Japanese knotweed, and the notorious Himalayan Balsam.

Where the river margins are ornamented with reeds and sedges birds such as the sedge warbler and water rail will be most likely among the inhabitants.  King fisher is an integral part of riparian habitat and makes his living from the river, as does the Dipper, particularly here in the north of England. beneath the surface swim pike, trout,salmon, eel, perch and other members of fin folk.

The white clawed crayfish an endangered species is holding on in some northern rivers. The River Derwent in Cumbria for instance, is the locality for concerted conservation efforts on the creatures behalf. They are currently under threat from an introduced alien crayfish which are taking over in localities where the native species once thrived.

Yellow flag iris is a species of river margins

Main Rivers in the north of England