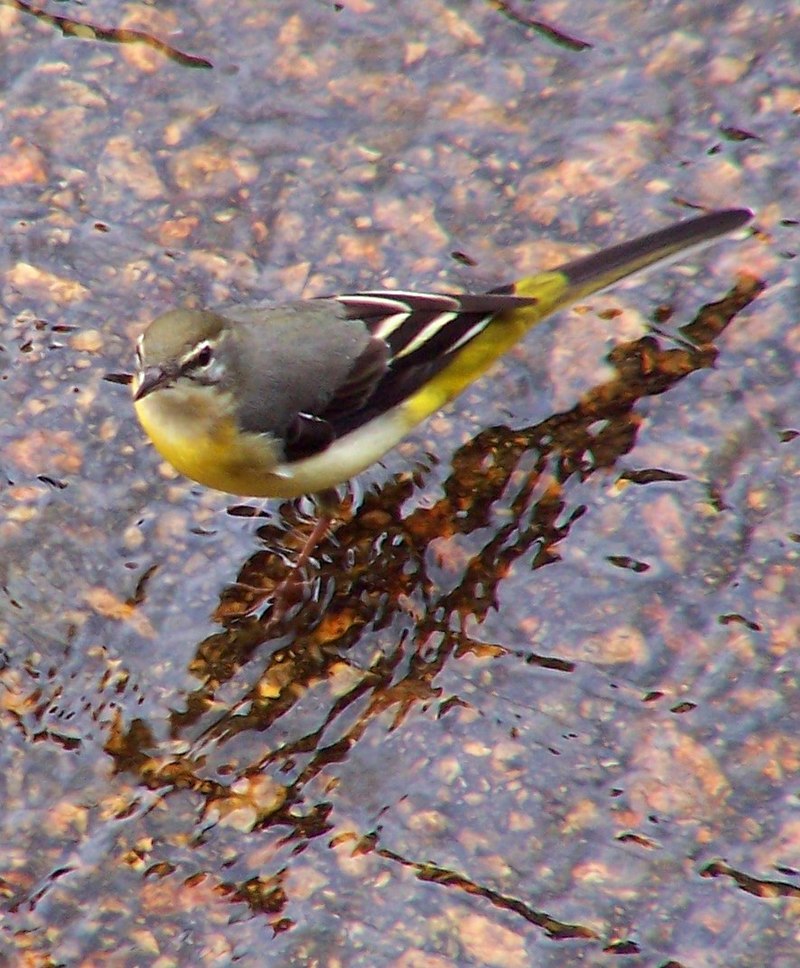 Head and back a bluish grey-a pale streak over the eye. The throat black under parts bright yellow.

An Historical look from the Book British Birds by WH Hudson printed in 1895. rambles. To its other charms may be added that of melody. Its spring song is sweet and lively, a little like that of the swallow in character, and is uttered as the bird hovers in the air. The alarm note is like that of the pied wagtail, a sharp double note, emitted as the bird passes away in undulating flight.

The Grey wagtail is more exclusively a bird of the waterside than either of the other two species, seldom being met with away from the margins of its beloved mountain streams. In its flight, motions on the ground, and the manner of taking its insect prey it closely resembles the pied and yellow wagtails, the only difference being, it is even more volatile, and it is the most graceful of these three feathered Graces.

The nest is made on the ground, concealed by grass and herbage, or under a bush, or often under the shelter of an over-hanging rock. It is formed of fibrous roots, dry grass and moss, and lined with hair, moss and feathers The eggs are five to six in number, French white or grey in ground colour, mottled and spotted with grey brown and olive.

The above text courtesy of the Biodiversity Heritage Library.

Eggs of the grey wagtail

Feeding Young in its natural habitat

UK red listed, due to declines of over 50% in population/distribution over the last forty years or so.

Related pages on this site.