The Great Burnet, once referred to as Poterium officinalis, belongs to the Rosaceae family {Rose family}  within the order Rosales. It is native to the cooler regions of the Northern hemisphere in Europe, Northern Asia and northern North America.

It is a plant found in old, damp meadows which have seen somewhat of a decline due ti intensive farming practices. It occurs in central and northern England and Wales. It is absent from most of Scotland and is rare in Ireland. It flowers from June until September.

How times have changed, in his book ' A New British Flora' {1919}, Arthur Horwood, describes how it is found throughout the Peninusula Province, in Wiltshire and Dorset, in the Channel Province, in the Thames province, not in Kent or Essex,throughout Anglia, Severn, South Wales and Montgomary, Carnarvon,Anglesea and Flint in north Wales. In the Trent,and in the Mersey province,except Mid-Lancashire, Humber province, Tyne and Lake provinces,except the Isle of Man, in the whole of the west lowlands except Renfrew and Lanark and in Roxburgh, Berwick and Forfar. It is found in Yorkshire at fifteen hundred feet. It is a native to west and North ireland and the Channel Islands."

He goes on to say the Great Burnet, with its tall purple red flower-heads, is a conspicuous sight in most meadows laid to grass in summer. It is quite a familiar sight in meadows growing among Yellow Rattle, Sorrel, Sawwort, Field Scabious and Ox-Eye daisy etc"

Flower-head of the Great Burnet.

It is an upright perennial with many hairless branches, the leaves are composed of rows of egg-shaped, half heart-shaped leaflets. The leaves are smooth the leaflets on each side of the stalk distantly placed. there is a terminal leaflet. The leaflets are roughly toothed. The basal leaves are in a rosette, stem leaves are alternate and much smaller. The flower-head is a purplish red. The individual flowers have no corolla and the calyx does duty for the petals.

This is the lower part { and the middle belongs to the tube of the receptacle}, surrounds the ovary,and the middle part, a fleshy ring round the base of the style, holds the honey,while the upper part spreads out into four dark purple,sepal-like lobes.  The anthers and stigma develop together.

This plant must not be confused with Greater Burnet Saxifrage, Piminella major,which has white flowers borne in umbels.

This species has long been used in traditional Chinese medicine where it is known as Di Yu. It was claimed to cool the blood, stop bleeding,clear heat, and heal wounds. In Homeopathy it is used for the treatment of varicous veins.

Culpepper,{1600's} stated that " The Great wild Burnet, is little inferior to Betony, the continued use of it preserves the body in health and the spirits in vigour. Two or three stalks with leaves put into a cup of wine,especially Claret,is known to quicken the spirits, refresh and cheer the heart and drive away melancholy."

" It is of special  help to defend the heart from noisome vapours and from infection of the pestilence, the juice thereof being taken in some drink and the patient laid to sweat thereon", He concludes by writing " It is good for wounds , both inwardly and outwardly applied"

The whole plant as astringent qualities, but the root possesses the most astringency. Mrs Grieves, in her book  ' A Modern Herbal ', {1937}, states that a decoction of the whole herb has been found useful in haemorrhage and is a tonic cordial and sudorific, the herb is largely used in herbal beers.

The above information is for historical interest and not meant has a guide for self medication. 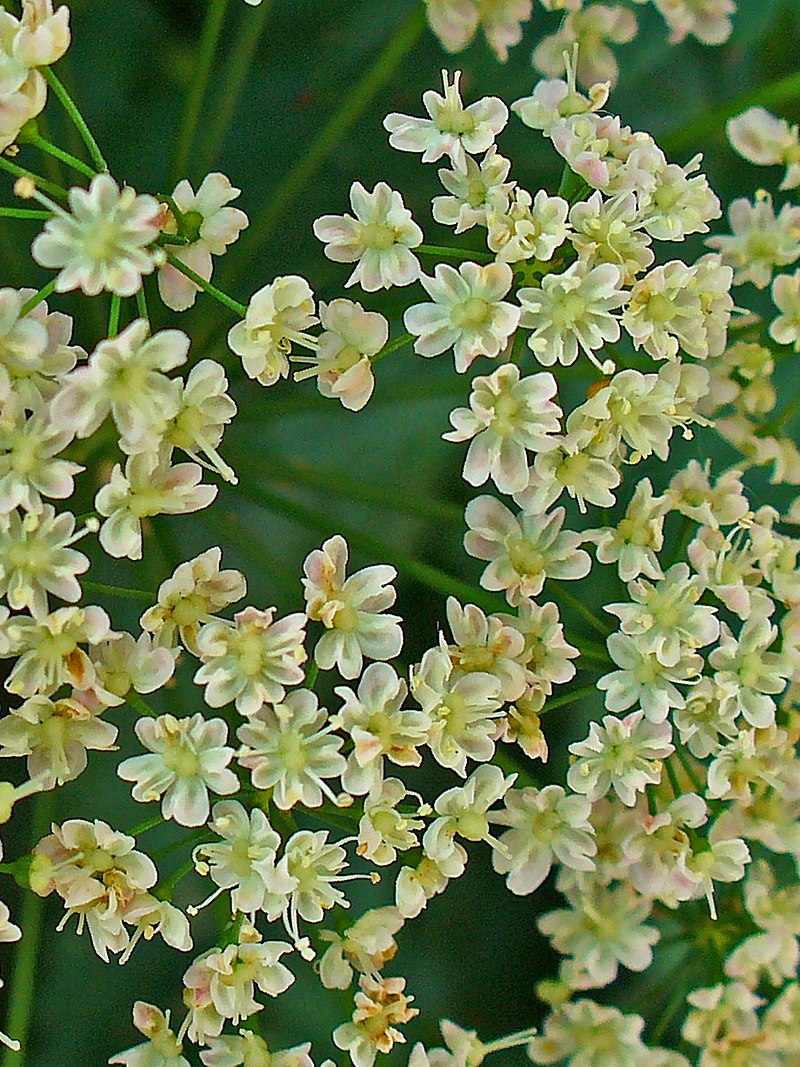 Salad Burnet, Sanguisorba minor, is not unlike the previous species in habit,but is smaller and more slender. Its leaflets are more numerous five to ten pairs and shorter than those of the Great Burnet.  the flowers are also much less and are formed into ball-shaped heads. The individual flowers in each head have crimson tufted stigmas. The female flowers have purple-red stigmas the male flowers {usually below}, have yellow stamens. There may also be some bisexual flowers with both stigmas and stamens.

The foliage when crushed or bruised have a similar smell to that of cucumber.   The plant grows to a maximum height of twenty eight inches {50 cm }.and flowers from May until August, on lime rich soils or chalk grassland. 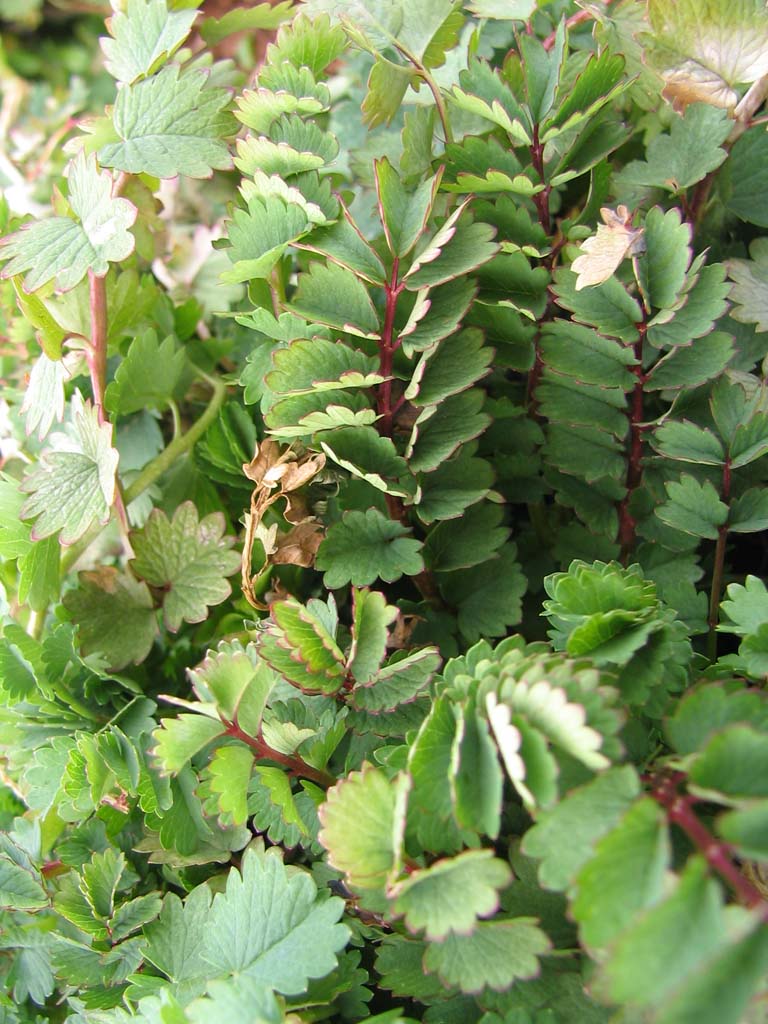 As the common name suggests, it was once commonly used in salads. Medicinally it was once much more widely used than it is in modern times. Pliny,for instance, recommended a decoction of the plant beaten up with honey for 'divers' complaints. Gerhard {1500's} wrote " It gives grace in the drynkynge", which refers to its use in cool tankards. It was also, according to the old herbalist, " affords protection against infection"

Another herbalist wrote " It is a capital wound herb for all sorts of wounds, both of the head and body, used either in juice or decoction of the herb, or by the powder of the herb or root, or the water of the distilled herb, or made into an ointment by itself or with other things to be kept"

The above information is for historical use only and not meant as a guide to self medication. 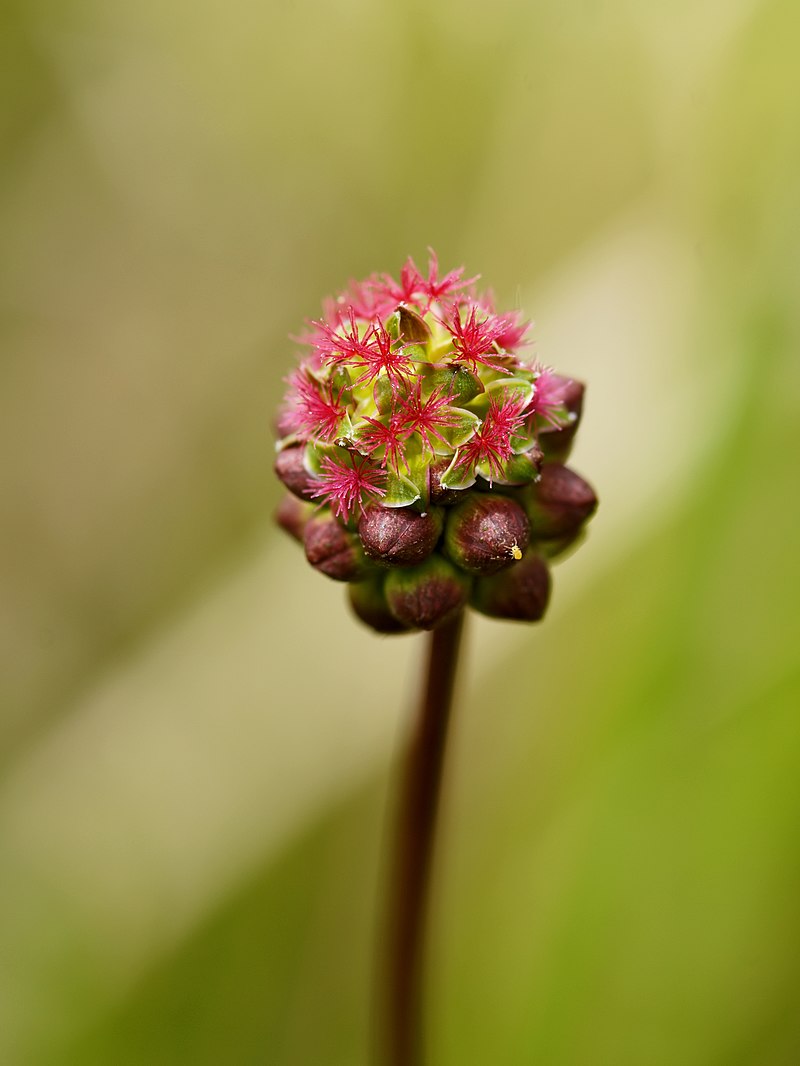 Flora via Links banner. Click on the Links banner in the contents banners at the top of this page, scroll down to relevant box, click, this is a direct link to the article.{s}.

All other species of flora that occur on this site are grouped together in the content banners above.