Dyers Greenweed belongs to the genus Genista and has been given the specific name tinctoria. It belongs to the Fabaceae family {pea and beans}, within the Order of plats known as the Fabales. This plant has many synonyms including Cytisus tinctoria, Genista alpestris  and Genista campestris.

It is a plant that originated in the meadows and pastures in Europe and Turkey. It has been introduced  to many other countries such as the UK where it has naturalized.

It is a small tufted shrub,that produces  bright green,smooth stems from one to tow feet tall,sometimes a little higher, and much branched. The branches are erect, somewhat stiff sometimes slightly hairy. They have no spines.. The leaves are spear or lanced shaped,narrow and arranged alternately along the stem, they are smooth and simple there are no teeth or lobes. They measure about half to one inch long, they are almost stalkless the margins fringed with hairs.

The shoots terminate in spikes of bright yellow,pea-like flowers which occur in July {UK}. They are half to three quarters of an inch long, on stalks shorter than the calyx. Like those of Broom they 'explode' when insects visit them. The 'claws' of the four lower petals are straight at first, but tense, so that when they are touched  they curl downwards with a sudden action and the flower bursts open.

The flowers are succeeded by smooth pods one to one and a quarter inches long, they are shiny and become brown when ripe  They contain between five and ten seeds. 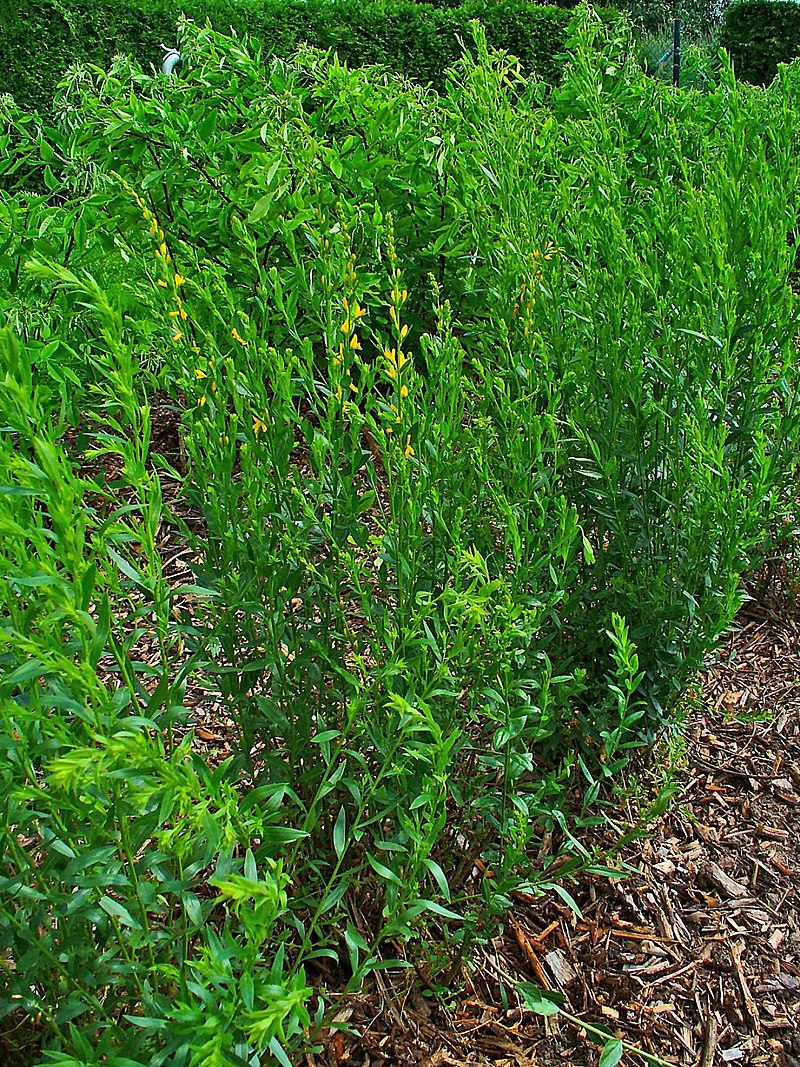 Dyer's greenweed is an important food plant  for a range of scarce and threatened moths and other insects. The plant is widespread in England and Wales but local and uncommon in southern Scotland, and is indeed declining throughout the most of its range. It is usually encountered growing on heavy soil in unimproved grassland. According to Butterfly Conservation there are few colonies left that are large enough to support associated invertebrate fauna. Approximately twenty species have been recorded feeding on Dyer's greenweed, with five or six solely restricted to feeding on this plant.

In some herbals the plant is also referred to as Dyer's Broom. It is said to possess several medicinal properties. Diuretic,Cathartic and Emetic properties included. It was also utilized  in the form of a decoction for curing the symptoms of gout. it is recorded that the leaves, twigs and flower stalks possess Cathartic {purgative} diuretic, diaphoretic {promotes sweating}, emetic , vasoconstrictor {causes the blood vessels to narrow} and stimulant properties. The plant is also used in Homeopathy.

All parts of the plant ,but especially the flowering tops yield a good yellow dye and from ancient times they have been used by dyers for producing this colour. It was used primarily to dye wool. When mixed with woad dye a strong green coloured dye is produced.  in days gone by it was harvested by the poor and sold to dyers. many of the Roman writers described using this plant to make the dye. In more modern times its place was largely superceeded by the plant Reseda luteola to produce the yellow dye.

This plant is not recommended for home made medicinal preparations as the side affects are insufficiently researched. The above information is for historical interest only. 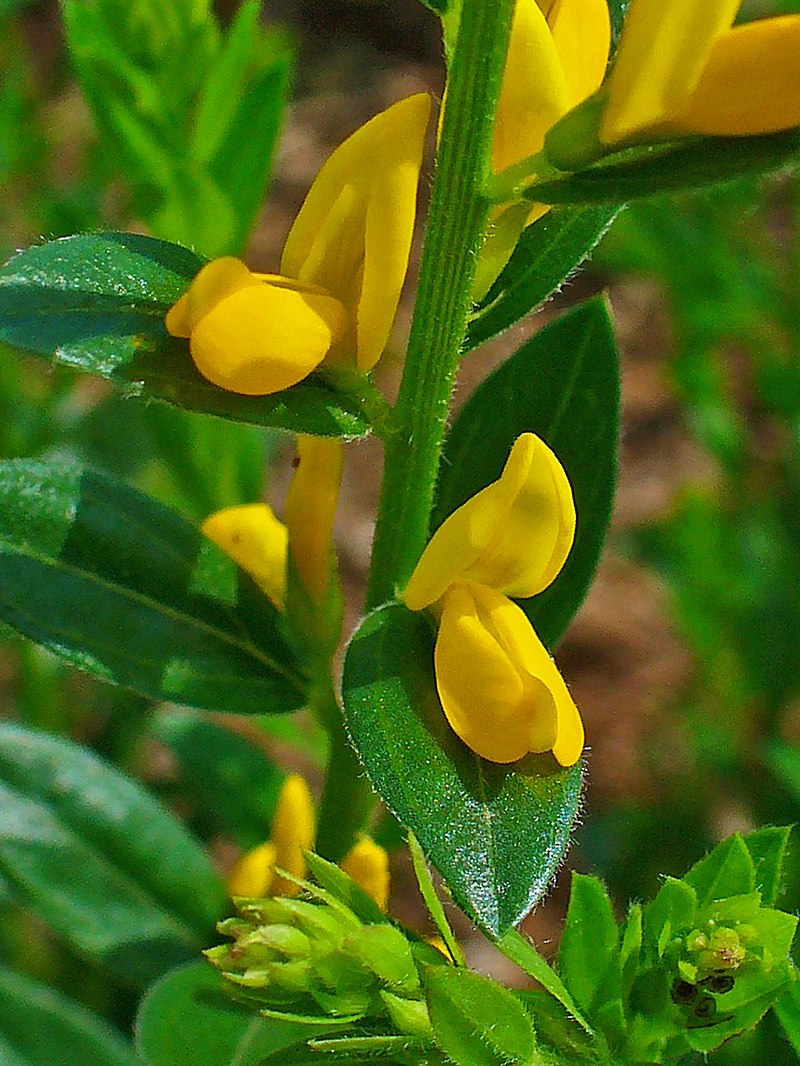 The cultivars are treated as one would treat the Broom plant, that is to say they do best in full sun in a not to rich but well drained soil. Make sure to plant your shrub where it will remain permanently  as they do not take well to being transplanted.

Genista tinctoria 'Royal Gold' , is a deciduous upright shrub with a height and spread of about three fee. It is frost hardy and during the spring and summer produces long conical panicles of golden-yellow flowers. The leaves are narrowly lance-shaped and of a dark green colour.

Flora via Links  Click on the link banner at the top of the page. Scroll down to relevant box. Click this is a direct link to the article. { many species of flora are included via the Links banner}

Flora via search bar. Click on the relevant content banner above scroll down to relevant address for the article you are interested in. Type the shortened address into your search bar. This is a direct link to the article. {again many species are featured via the Search bar banner}

All other species that feature on this site are grouped together in the content banners  above.