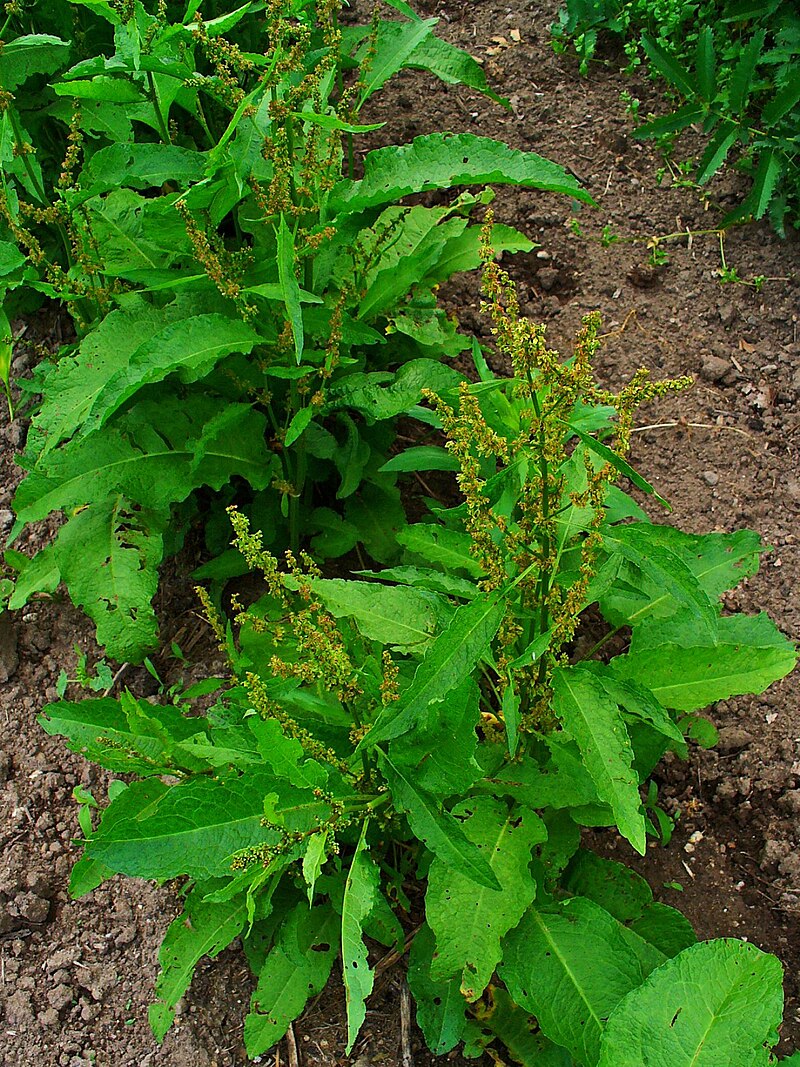 The name of Dock is given to a widespread tribe of broad-leaved wayside plants. They are related to the garden Rhubarb.

The red inflorescense of the broad-leaved dock.

This very familiar perennial is large and spreading with stems up to three feet high {90 cm }. The leaves are six to twelve  inches { 15-30 cm ] long with rather slender stalks, the margins are waved and the ends of the leaves are rounded and blunt, hence the specific name of obtusifolius.

The flowers are small green at first and very numerous arranged in tight whorled spikes at the ends of the stem. They turn red {above image} when the seed capsules are maturing. 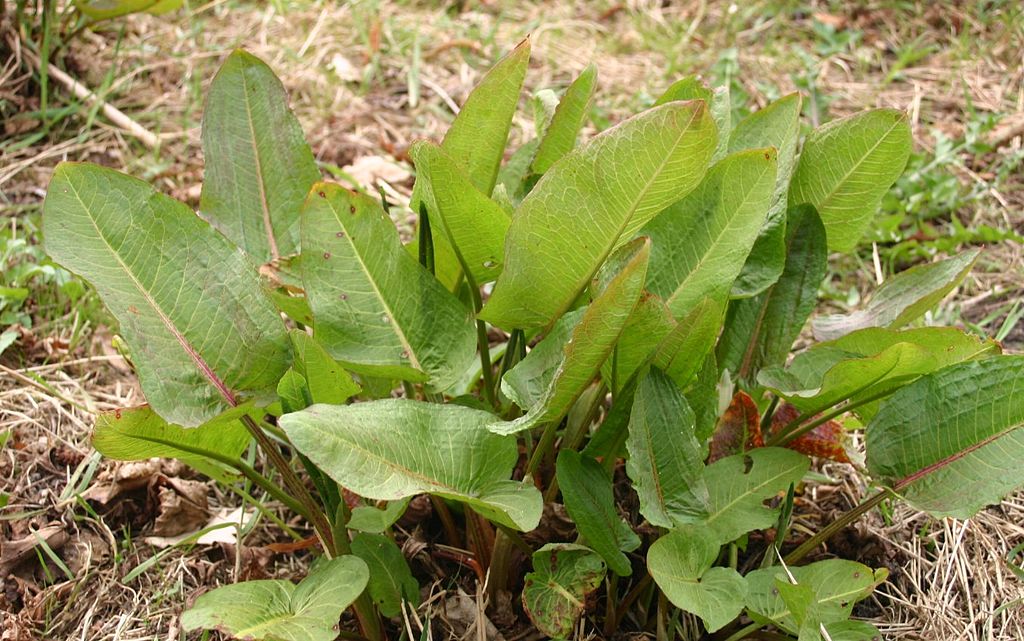 The broad-leaved dock is found throughout the world. It is a plant of arable land, meadows , waste ground, waste land, wayside ditches and on shorelines. It is the food plant of many insects particularly moth caterpillars of certain species. In North America it has been an invasive species around the Great Lakes, where it was first spotted in 1840.

In the past the broadleaves were used to wrap farmhouse butter in order to keep it cool and fresh.

Medicinally the leaves were traditionally applied as a country remedy for burns and scalds and used for dressing blisters and also as a cure for nettle stings the leaves being crushed until the juice was extracted and applied to the stings.

In the past a tea was made from the roots which was supposed to cure boils  Medicinal uses of this plant are no longer generally practised. This species is not recommended for internal medication for it contains harmful substances.

The green dock beetle Gastrophysa viridula {image above} is often found on the underside of broad-leaved dock foliage. The length of the green dock beetle varies between the sexes. The males being 4mm while the females are 7 mm. The metallic green colour of both sexes have a variety of shimmering colours. This depends on the light and may be gold-green, blue, purple or violet and red. It may also be found on other species of rumex {sorrels and docks}.  { It may also occur on other plant species such as brassica, but the larvae will not develop properly unless they feed on Rumex species.