Oil seed rape. The components of the plant. 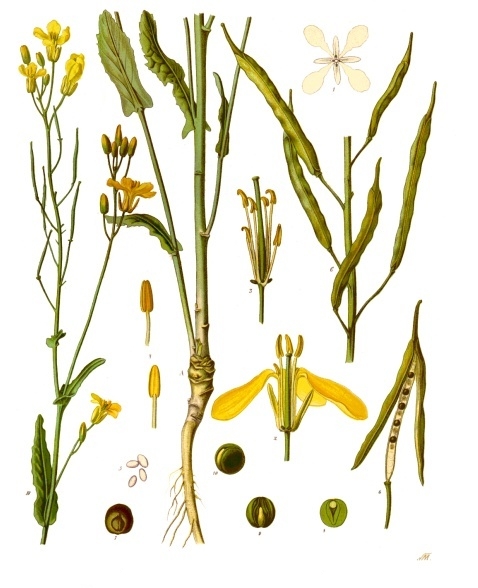 In this series we review the plants known as the Crucifers { the four petals form a cross when open }, this group of plants feature some of our best known vegetables such as the Turnip, Cabbage and radish. They are also represented by familiar garden flowers such as Candytuft, Stock and Wallflower.

Here we review a plant of agricultural cultivation the Oil seed rape which may be found growing near by arable fields.

This is a plant in the mustard family and it has become a familiar sight in the countryside. The multiflower heads of this species turns the fields into a bright yellow sea of gold. It also often spreads to road verges. The plant is cultivated for its seeds which yield an oil used in lubricants or refined to produce cooking oil. It also provides bees with nectar in the springtime.

This plant may attain the height of up 100 cm {39 inches} . The lower leaves are stalked and lobed of a grey green colour whilst the stem foliage is more linear and clasp the step. The bright yellow flowers are 17 mm { 0.67 inches} across and they are formed in clusters. The petals open flat.  They are succeeded by long narrow seed pods which are upright and project at an angle from the stem.

The term Rape in this sense derives from the Latin  rapum the name for the turnip. The plant is partly self-fertile and is pollinated by wind,and insects. However, those pollinated by insects produce a better yield.

The oil extracted from the seeds are made into a lubricant that is used on the maintenance of chain saws and the like, in the place of mineral oils.  When the seeds have been harvested they are ploughed back into the land or used as bedding for animals.

The beautiful bright yellow flowers are formed in clusters.

The many uses of oilseed rape.

This species and its varieties  produces the third larges source of vegetable oil in the world. Some of the varieties are consumed in China and other parts of the world as a vegetable.In the USA the Food and Agriculture Organization reports 36 million tons of rapeseed were produced in the 2003/4 season and an estimated 58.4 million tons in 2010/2011 season. In Europe it is primarily grown as animal feed due to its very high lipid and protein content.

It is also utilized as a diesel fuel  either direct or as a biodiesel straight in  heated fuel systems or blended with petroleum distillates for powering motor vehicles.

As far as culinary purposes are concerned it is thought by some to better than Sunflower oil, it is low on saturated fats and high in Omega 3. Rape seed oil is one of the highest yield oils.

Rape seed oil is not for everyone and purist of our green and pleasant land say that field of this crop interrupt the traditional beauty of the countryside.  However, whether you love it or hate it , one thing is for sure,  it is a crop that is here to stay, especially now that it is much more profitable for the farmer to grow. 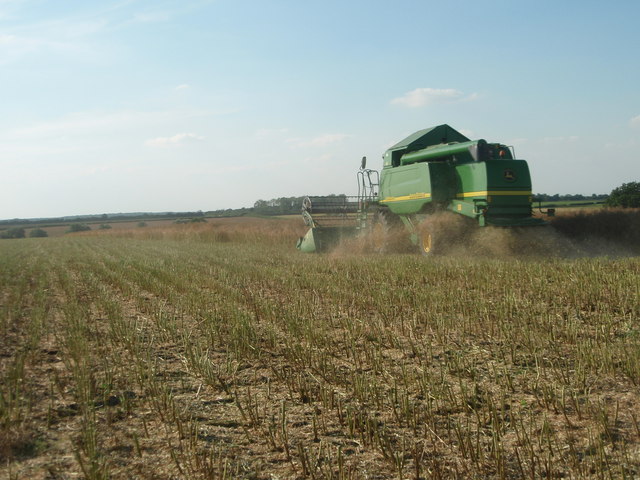