Children/ Get to know common butterflies.

Common butterflies are quite easy to recognize with the aid of photographs and some details about their habits.

This large butterfly is unmistakable and a frequent visitor to gardens as well as the wider countryside. It is often seen feeding on the nectar  provided by the flowers such as ice plant or the flowers of the shrubs such as Buddleia.

When its wings are closed its darker colouring and jagged wing make it appear as though it is a dead leaf, or piece of bark. When the wings are open the gaudy colours are exposed. They have large "eye " spots which have a superficial resemblance to those found on the peacocks tail feathers hence the creatures common name.

The function of these spots are two fold. Birds and other predators will peck or bite at these "eyes" leaving the main body of the butterfly untouched so helping it to escape. When the butterfly is startled it suddenly flashes its wings open, when these large "eyes" are revealed it usually scares the would be attacker off.

The eye spots are yellow, maroon and bluish purple on the fore wings and blue black on the hind wings. The whole of the wings above have a reddish-maroon ground colour.

The butterfly is up to 4 cm long with a wingspan of 6 cm. Early flying butterflies seen from March to May are adults that have hibernated over the previous winter.

They lay their eggs on nettles. The caterpillars feed on the foliage of the stinging nettle, when they hatch when many of them may be found on a single plant or clumps of nettles.

There are no similar looking butterflies in the U.K.

The comma butterfly. images by Dal.

The comma is a distinctive butterfly

This is a distinctive butterfly easily recognized by its ragged edges to its wings.. The upper wings have a bright orange ground colour which is covered by numerous brown markings. The dark marbled brown underside is marked with a white comma like shape from which it takes its common name.

They may be found on the wing from March to September in two broods. The adults from the second brood hibernate over the winter.

The caterpillars feed on nettle,hop, and elm. They may be found wherever flowers occur in large numbers , that may be in woodland, on roadside verges, meadows and gardens. There are no similar butterflies in the U.K.

This is one of Britains most familiar butterflies.

Its beautiful colouring, large size and its habit of visiting gardens makes the species well known.The jet black upper wings are marked with bands of red and white spots. they have a single blue spot at the base of each hind wing.

The underside of the fore wing has a similar pattern and colouring along with a pinkish red patch. However, when resting { wings folded } this is often hidden by the darker, duller under surface of the hind wing, which is a marbled smoky brown and bluish black. The antennae have black and white markings along their length and white tips.

The wingspan is 6 cm.

Hibernating adults emerge in March and April. There is another set that fly from May to October.

The caterpillars feed on the stinging nettle and are about 3-5 cm long. There are no similar butterflies in the U.K.

This butterfly emerges when the flowers on the blackberry bush {bramble} are at their best. At this time many of these butterflies may be encountered feeding on the nectar.

The upper wings are of a rich orange colour with a brown margin and brown patches particularly on the fore wings.

Gate keeper---top this specimen has a damaged wing probably from an encounter with a bird.

The dark upper surface of the wings are marked by large yellowish spots .There is a single eye spot on each fore wing. Near the body on the upper surface it is covered with a mass of hair like scales. There are several eye spots on the hind wings

They fly from March to October in successive broods.

They may be encountered in woodland margins and sunny rides and clearings and also in nearby gardens. This is one butterfly that has spread north in the last 15 years or so.

This moth-like butterfly is a uniform orange brown with a narrow dark margin. The male has a black line on the upper wing surface. This butterfly tenants all kinds of grassy places, road side verges and grasy low land meadows.

They fly from May to Septemer .

The broad rounded wings which is a good identifying feature for this butterfly, along with its somewhat feeble flight.The whitish upperwings are tipped with smokey grey, which is variable but more pronounced in males than the females.

The first brood is always greyer overall than following broods. The upper wing surface have a dark smudge at the tip of the fore wings. The under wings of both sexes are a variable faded yellow back ground colour  streaked with green.

They fly from May until  June in the north. From April to September {two broods} in the south.

Caterpillars feed on meadow vetchling and relatives of that plant.

They are found in grassy places, woodland rides, meadows but are resrticted to sheltered habitat away from the wind. 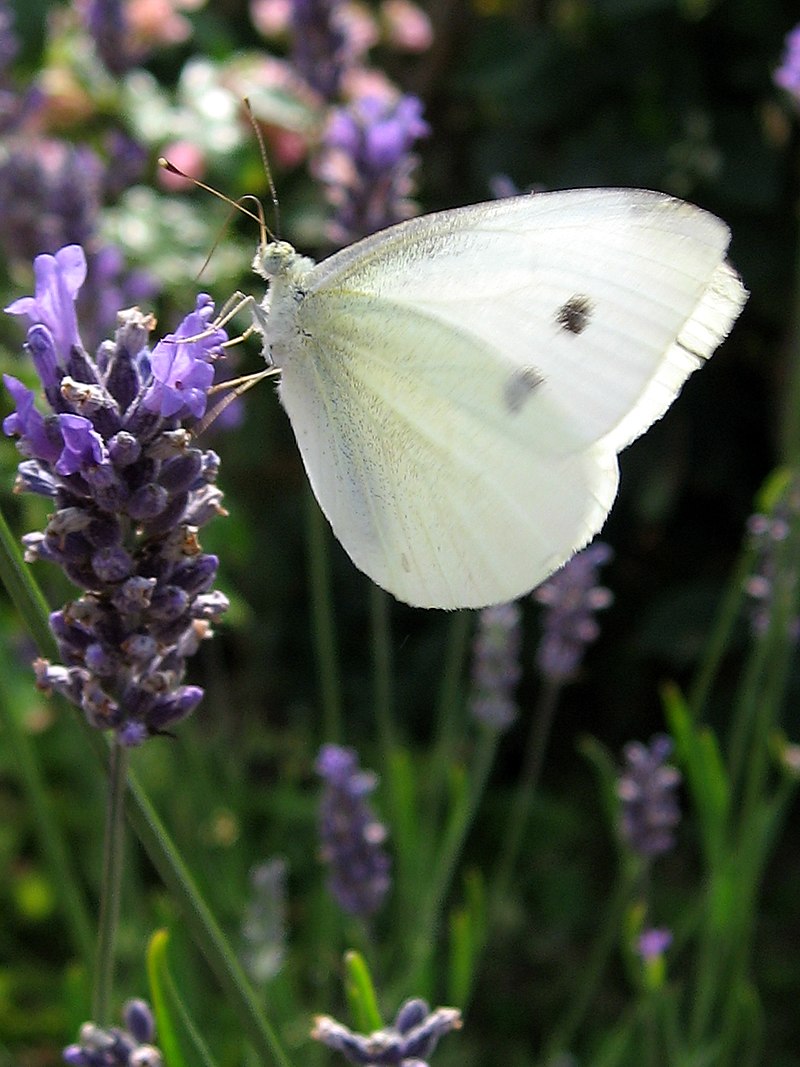 In both sexes the upper wings are creamy white and show a dark tip to the fore wings. Females also have two dark spots can also be seen on the fore wing.

On the underside in  both sexes, the hindwing, is yellowish, grey while the fore wing is white with two dark spots.

wingspan--6cm, they fly from April to October in successive broods.

The caterpillars feed on cabbages and other members of the family making them unpopular with gardeners. The caterpillars are also often found on the foliage of nasturtium.

The male is one of the most distinguished spring species of butterfly, having white wings delightfully marked at the tips with a bright orange colour, which may be seen on the under wing also. The under wings have a green marbled effect. The female is white with a faint grey colouring on the tips and fore wings.

They fly from April until June

The catapillers feed on Garlic mustard, Cuckoo flower,and other  wild crucifer flowers. They are wide spread and common and may be found on flowery road side verges,woodland rides, meadows and sometimes in gardens.