Carnivores {meat eaters} come in many guises and eat a diet that consists mainly of, or, exclusively of, animal tissue, whether through predation or scavenging as opposed to Omnivores which consume both animal and non-animal food. Plants that capture insects are known as carnivorous plants, but in this article we review animal carnivores as a group and look at the characteristics of that group.

These animals have teeth particularly adapted for wounding and killing and for tearing, cutting and bruising flesh.For the first of these purposes, they are provided with four large canine teeth, two in each jaw. between those, there are in each jaw, six incisors in front, the second of which in the lower jaw, is always more deeply seated than the others. the cheek teeth never have their summits formed into small conical points or tubercles, which is the case with those animals which feed on insects.

Depending on the species, a greater or lesser number of them always have cutting edges, or at least ragged outlines and are there to divide tough substances. It is these and not the canines or wounding teeth, are the proper carnivorous teeth, by which the characters of the animals are best distinguished, for there are many vegetable eating animals which have large and strong canine teeth, with which they can inflict more terrible wounds than many of the carnivores. However, those animals only inflict such wounds in self defence, in the reality or anticipation of danger, and their wounding is indiscriminate as compared with that utilised by carnivorous animals.

The natural instinct of the carnivores always guides them to select some vital part, or a least some part that will despatch the victim quickly and efficiently, this is usually the throat or neck of the victim. The weasel tribe tend to bisect the blood vessel in the side of the neck, even of animals much larger than themselves, with the skill and accuracy as a if they had studied the anatomy of their prey.

If the animals have several of the back teeth with the crowns nearly flat, or only with blunt teeth, they can in part prepare the more succulent kinds of vegetable matter for their stomachs. however, those with few teeth of this kind, prepare such substances with much more difficulty and energy use.

The carnivores are placed in two divisions defined by the way they walk. The first of these divisions is known as the Plantigrada or animals that walk on the sole of the foot, from the Latin Planta = sole of the foot =gradus = step, or they apply the elbow and knee joints, the first from the ground as they walk. These animals, although they have a firmer base, especially when stood upright, or rest the whole weight of their bodies upon their hind fee, are, in general, much slower in their motions than those which walk upon their toes. if they need to increase the speed of their movement, they require the two joints of which they have command, in each leg, clear of the ground, to be more free in their motions than they are in those species which have the advantage of an additional joint.

they in many respects resemble the insectivorous division, and many of them are, in part,at least, insectivorous, and like those, some of them at least, are dormant during the winter in colder climes.

THE SECOND DIVISION--of carnivores the Digitigrada, or animals that walk upon their toes and metatarsal bones, but have the tarsi clear of the surface, from having an ankle joint at their disposal in walking, in addition to those joints which are used by the former division, their movements are much more lively.

This briskness is not confined to the mere motions of the legs, but extends to the spine, which is more elastic in them than those of the Plantigrades, their shoulders also have a greater appearance of firmness and they remain active during the winter. 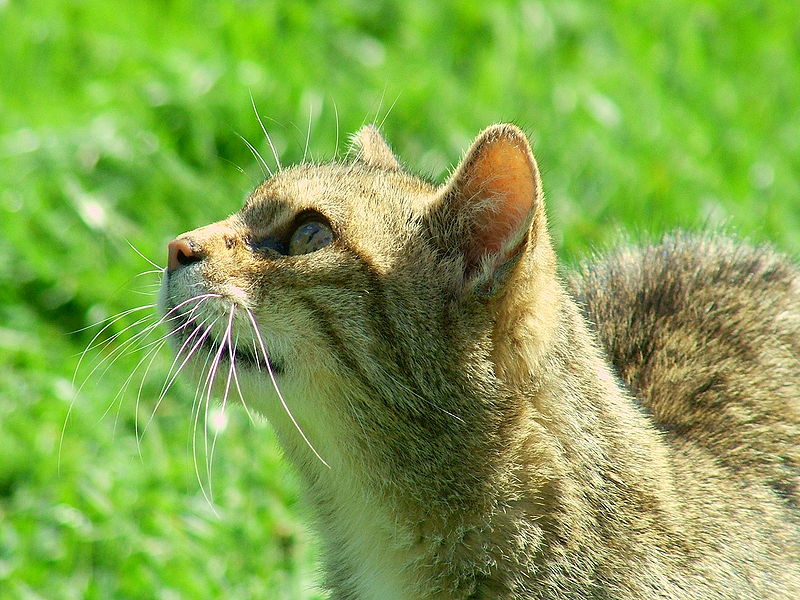 Carnivores belong to the class Mammalia which itself has two divisions-- the sub-order Felifoma {cat-like} cats, large and small.

Many of these animals are featured in detail on this site, see associated pages.

The images on this page with the exception of the American mink may be reused. However, the name of the relevant author must be attributed along with any relevant license.