The Common or Canadian fleabane, Conyza canadense { formerly Erigeron canadense], belongs to the Asteraceae {daisy}  family of plants, and has the specific name of canadense, suggests it is native to North America, but has become naturalized in Eurasia. It is a widespread plant in Great Britain from northern Scotland to Cornwall. However, it is only common in England and is scarcer elsewhere. It came to our shores in the 17th century and its parachute seeds were carried away by the wind and passing trains on to railway embankments.

Even when in flower this plant has a somewhat worn out appearance. It is an annual plant producing unbranched stems with lance-shaped leaves. The lower ones with short stalks and five teeth. The upper ones are numerous and have no teeth and are narrow, one to two inches long. The stem is bristly and grows tall up to four or five feet. {150 cm }. The flower stem is bristly and bears numerous small white daisy- like flowers. They flower from June until September. The flowers are followed by a parachute of hairs which carry the seed on the wind.

Although it has been used in herbal preparations in the past not enough is known to recommend its safety and it is better not used for home made herbal medication and should not be taken internally.

Illustration of basic components . Image in the public domain. 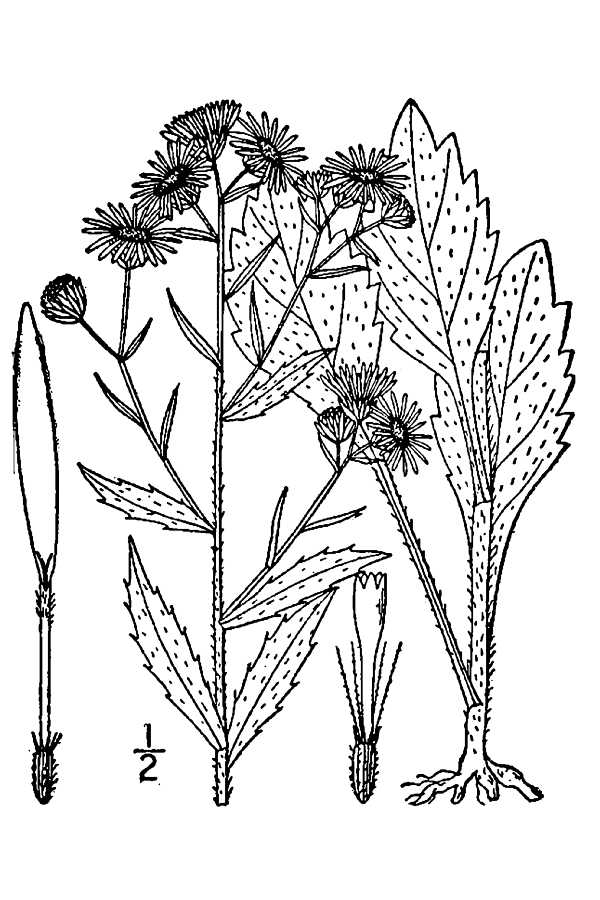