Barbel, of the genus Barbus.

Barbel belong to the carp family Cyprinidae and the Order Cypriniformes and placed in the genus Barbus.

Barbel are fresh water fish, inhabiting the larger rivers of clear water, especially in stony places. the flesh of the fish is not a good flavour nor is it nutritious. According to the book The Complete Angler {1897}  the author warns--" the barbel although he has a fine shape and looks big, yet he is not accounted  the best fish to eat, neither for his wholesomeness, nor his taste, but the male is reputed much better than the female, whose spawn is very hurtful"

However, in the British Cyclopedia of Natural History {1857} this is disputed--" there is an ancient prejudice that both the flesh and the roe of barbel are unwholesome, which Black found to be without foundation by eating both without any bad consequences"

There are various species in the rivers in different parts of the world, and some of them in their characters approach the carp one the one hand and gudgeons on the other. 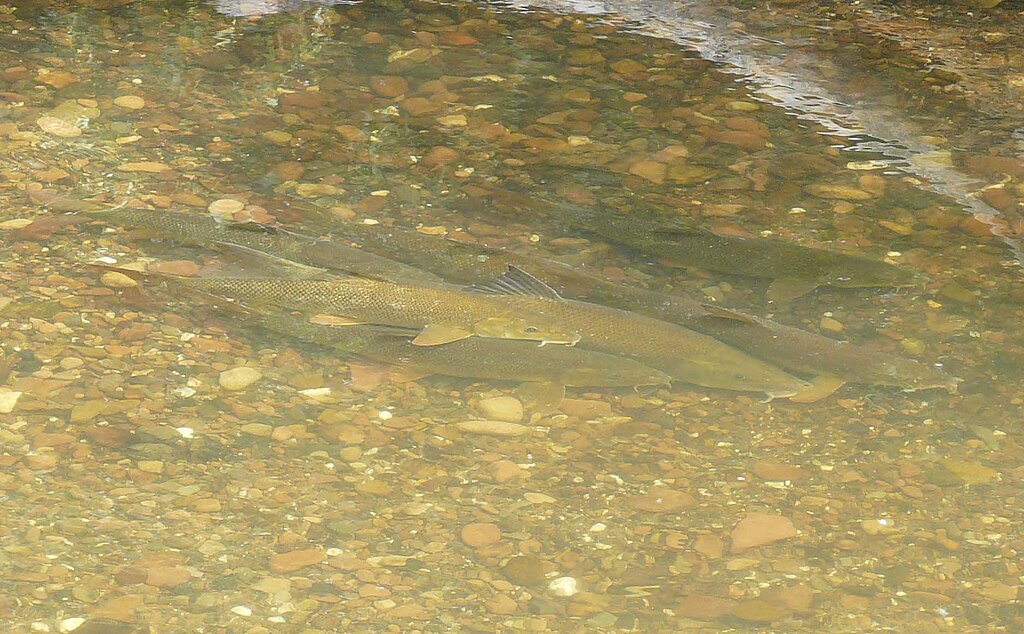 The Common barbel, Barbus barbus, formerly Cyprinus barbus, is the principle European species. It has a body and head both elongated and the muzzle prominent in front of the mouth, which gives the appearance of opening on the underside. the upper jaw is strong and tinged with red at the lip as is the under one. The two filaments of beard {barbs} which are dependent from the anterior part of the snout, are much smaller than those at the corner of the mouth.

Each jaw is adorned with ten teeth, placed in two rows and recurved. the head is greyish olive, with some streaks of yellowish tinge, extending from near the gape to the gill openings.The nostrils are placed near the eye. The irides are of a bright brown colour.

The back which is rounded is of an olive green colour passing into bluish tints near the lateral line. Below that line the colouring turns yellowish, tinged with green, the throat and belly are white. The lateral line is marked with a row of regular blackish spots. The brightness/dullness of these spots are dependent on age and condition of the fish.

Barbel are found where the river water id deep, fast flowing and carpeted with stones of rocks. Unless the fish are actively feeding they do not hold themselves in the water but rather lurk among stones or under projections in the bank. They can , however, be easily temped out from such localities. They are at their most active when moderate floods disturb the waters much, bringing out the prey on which they feed. the floods will bring to them snails, leeches and other small animals, which, are sometimes washed in from the land,or they can not control their usual functions because of the speed of the water. Any fry of other fish that comes within their reach will also be readily taken,indeed, any animal alive or recently dead that can be swallowed by them will be.

Barbel are taken with nets or with a line with a barbed hook. For the latter the bait recommended is earth worms. They bite readily and in consequence are easily caught. Many bottom feeding species fall into this category and are more easily caught than the species that inhabit the water nearer to the surface.

Many anglers like to fish for barbel, yet there are as many who do not, for in those rivers which barbel occur there are much better quality fish that also occur.

Thank you for visitng.