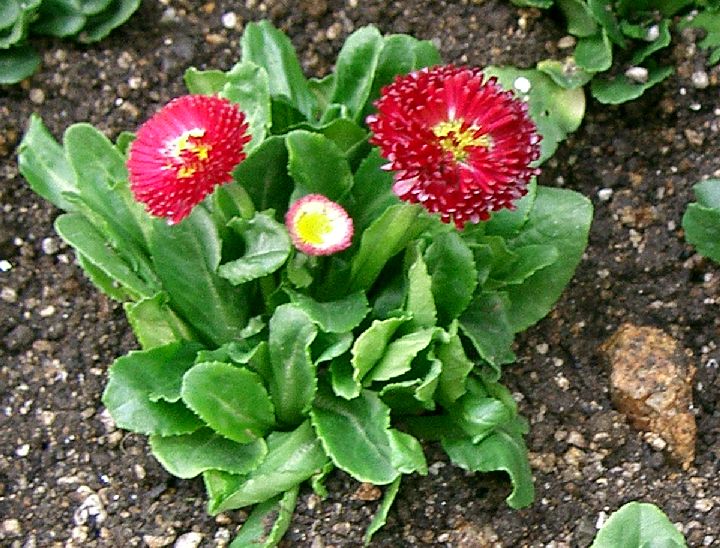 A look at the Asteracea/ Compositae family.

Asterales is a natural Order of flowering plants formerly known as Compositae. It contains 1,620+ genera and nearly 23,000 specie. There are 12 sub families. it is a very extensive and important Order, and is one recognised by the cohesion of iits anthers and its capitate flowers.

The family is known as Asteracea and the largest genera includes --

Vemonia,--1,000 species, these are in the main plants from South America, Africa, SE Asia and North America.

the following characteristics of the Order are as follows---

The tube of the calyx adnate with an ovary, limb of calyx, either wanting or membranous, or divided into bristles, hairs, or " feathers" called pappus. The corolla may be regular and funnel shaped or irregular and liguate { strap-shaped}, sometimes two lipped and generally 4-5 toothed, alternate with teeth of the corolla, anthers cohering in a cylinder; ovary inferior, one celled, with a single erect ovule; one style; 2 stigmas either distinct or united.

Fruit { seed capsule} small indehiscent, dry pericarp, crowned with limbs of calyx or pappus; seed erect without albumen; embryo straight. [ click on Plant-Basic Biology-2} on the right hand side of this page for terminology.

The plants that belong to this natural order are herbs and shrubs, rarely trees, furnished with flowers called flosculi { florets} which are gathered in dense heads on a common receptacle and are surrounded by an involucre.

The leaves are alternate or opposite, without stipules, and usually simple. Among the flowers their exists frequently leafy appendages called bracteas.

The Asterales or Compositae are featured stongly as cultivars, many of which have been admired by gardeners for generations, plants such as chrysanthemums, asters, arnica and dahlia.

Asteraceae plants are found abundantly in nearly all parts of the world. they are herbacious in the cooler parts of the globe and becoming shrubby as we approach the equator. if one studied this group of plants belonging to this vast family, one would find that they are not only naturally grouped together by their structure, but that they also agree remarkably in their medicinal properties with which they are endowed.

They are all more or less tonic and stimulating; they contain bitter extractives, milky principles and volatile oils. the plants of this extensive family were once divided into divisions and there follows some examples that botanist and herbalists in the 19th and 18th centuries favoured. One such division named as Cynarocephaleae included the following genera-Cynara, carduus {thistle, Onopordum, Carmathus, Arctium **{ Burdock} Carlina {thistle} and Centaurea Knapweeds.**

The plants in this division of the order possess intensive bitter properties due to the presence of much extracted matter, and they act chiefly as tonics. By cultivation, however, this bitterness is much lessened and the plants in some cases become edible.. The volotile oil content, characteristic of the family is not very abundant in this group. Below is an example of medicinal uses in this division from the genus Arctium -Arctium lappa the common Burdock.

** the species feature in detail on this site-click on the relevant content banner on the right hand side of this page.

The seeds of the burdock are oily and bitter and the whole plant is believed to posses diuretic, diaphoretic and aperrent qualities. The root contains carbonate and nitrate potassium, and a decoction of it was used as a substitute for sarsaparilla, and was administered in cutaneous and rheumatic afflictions.

The juice of the leaves mixed with oil formed a liniment which was used in dressing wounds and ulcers.

Chichoraceae- most of the plants in this division yield a milky juice, which is bitter, astringent  and slightly narcotic. it is to these that they owe their medicinal qualities. When the juice exists in large quantities they should be regarded with suspicion. many of the division are employed as articles of food, either in the young state before the bitter narcotic juice is fully formed or in a more advanced state after being blanched. By cultivation a great change is often affected by their qualities. the chief genera in this division of Compositae plants are  chichorium {succory] Lactuca { lettuce} Sonchos, leontoden, Tragopogan { Goat's beard} Hieraceum, Apargia and Lapsana.

The genus Lactuca, the lettuce is one of the most common  salad plants so well known that millions are eaten each day. Another familiar member of this division is the common dandelion** known at this period of history as Leontodon taraxacum  now named Taraxacum officinalis.

The humble dandelion was widely used in medicinal preparations.

The plants in this division are in general very active in their qualities and supply various therapeutical agents. like other Compositae, they contain bitter principle, and in composition of many of them we find large quantities of volatile oil. To the existence of this substance they produce a powerful aromatic odour that many of them emit, as well as their stimulating properties.

From this group we take two examples, we commence with the familiar chamomile { often sold today in tea bag form} Anthemis nobilis. It is a species often cultivated in gardens. The plant diffuses a highly aromatic agreeable scent owing to the presence of the oil which may be obtained by distillation.

An infusion of the flowers is used as a tonic,stimulating,diaphoretic drink. It was also used as a febrifuge {against fevers}. Chamomile was used as a remedy in spasmodic diseases such as hysteria and colic. The flowers were also applied externally as  an emollient.

Achillea millefolium the yarrow** also known as milfoil. it is a very astringent plant and thus is one of the oldest known wound herbs.

As we can see this extensive family of plants is to extensive for the confines of this page. However, many species already feature in greater detail on this site. see associated pages below.

Images on this page may be reused. However , the name of the relevant author must be attributed along with any accompanying license.

Associated pages. Click on the content banners at the top of this Page. Scroll down to view.

Flora via links click on the Links banner at the top of this page Scroll down to relevant box. Click this is a direct link to the article. Includes the series Past and Present  Medicinal uses.